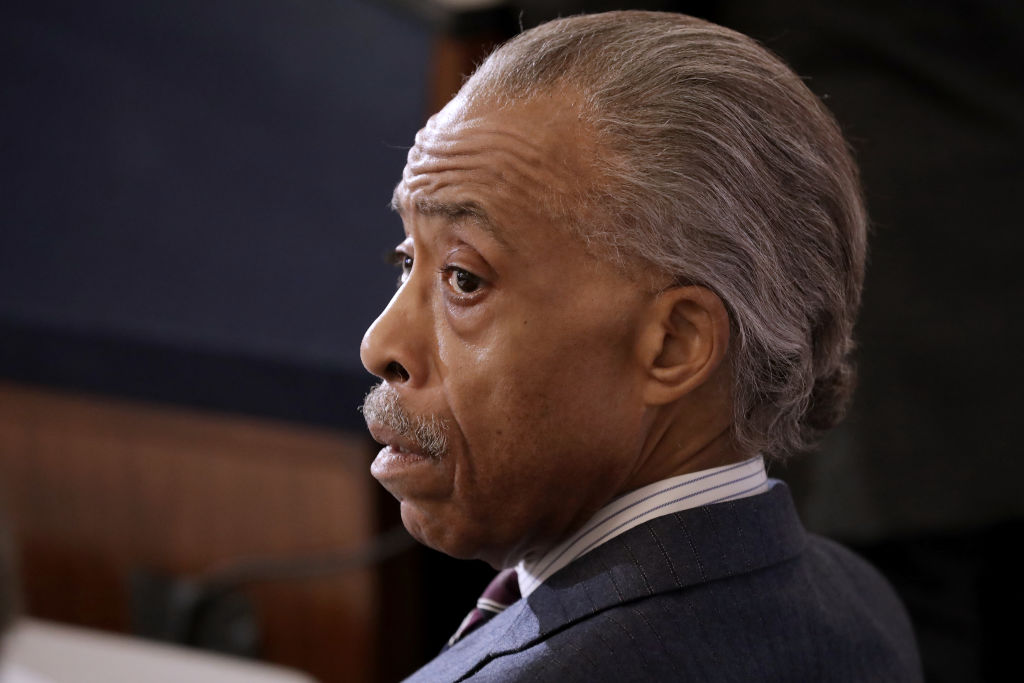 The Rev. Al Sharpton was recently back in the news, making statements on a TMZ video blasting rapper Travis Scott for accepting an invitation to perform at the Super Bowl halftime show.

Sharpton equated Scott’s performance as a slap in the face to former NFL quarterback Colin Kaepernick, who has been unable to find work in the NFL after his “take a knee” movement spread throughout the league.

“[T]he NFL should come to terms with what they have done and continue to do to Colin Kaepernick and those that protest on criminal justice issues,” said Sharpton. “You can’t fight Jim Crow and then sit in the back of the bus.”

The sheer stupidity of Sharpton’s sentiments can’t be overstated, particularly since he—as well as athletes protesting for criminal justice reform—missed the bus entirely on the largest piece of legislation in recent history to enact changes in the criminal justice system.

President Donald Trump just signed into law the First Step Act, a bipartisan bill that will begin to reverse decades-old disparities in the criminal justice system. Leading the way for this legislation was a commission that included black pastors, senators, policymakers, and activists from around the country.

After the bill passed the House of Representatives, black leaders and activists took to social media and even descended on Washington to push the bill toward a Senate vote and to lobby on behalf of this historic legislation. Conversations took place with senators, congressmen, and congresswomen, and even the White House to move this bill forward.

Who was absent from this entire process? Sharpton and Kaepernick.

How is it that two of the loudest voices on this wedge issue were conspicuously uninvolved in efforts to address one of their key issues?

Just a few days prior to Sharpton’s incendiary statements, NBA star LeBron James (a supporter of the “take a knee” movement) said NFL owners had a “slave mentality” in how they deal with their teams. Yet, James himself was also inexplicably absent from the process to enact real, tangible criminal justice reform.

These three revealed, yet again, that they don’t really care about criminal justice, only the attention it brings. They have significant money, notoriety, and political access. Yet, after years of calling America racist, when they had a chance to help enact real change, they simply chose to ride the bench. And if they declined the opportunity to participate in reform that they’ve championed, they should be prepared to be seen through a lens of incredulity.

“It is much easier to complain than to actually go out and take action to make a change,” Liz Singleton, a black business owner, who has experience in writing public policy, said in an interview. “When no one holds your feet to the fire, it’s easier for these men to go out and tell black people how much they are victims.

“There was a time when we were about empowerment and bettering ourselves and working together. Now, it is all about continuing to make our community seem like the victims.

“How is it that all of these rich black individuals who take a knee or sit down on TV for most of the day talking about how we’ve been doing wrong aren’t out there fighting for legislation that makes a difference? [They] didn’t support the First Step Act?”

Another young black woman, whose social-media moniker is She.Kin.ah, wrote on her Instagram story, “I’d love for LeBron James to go to Libya where slavery is still extremely popular and tell all the Libyan slaves how Kaepernick is a slave to the NFL.”

Young black people are awake and informed in growing numbers. Their response to silly, divisive notions put forward by race hustlers is simply to not buy it anymore. Talk is cheap.

Kaepernick’s lack of action and whining about criminal justice reform has become his legacy, even though he did so unwittingly. And that he was nowhere to be found during the creation and passage of this bill renders his “movement” null and void—it now has zero credibility.

James has proven himself, once again, to be completely inept in conversations on race.

It’s worth noting that just a few months ago, Sharpton excoriated a group of young black conservatives who met in Washington and visited the White House.

And, many of them stepped up to the plate to lobby for and help pass the criminal justice reform package that the president just signed, and that Sharpton, Kaepernick, and James only found time to talk about.

0 comments on “Taking a Knee on Criminal Justice Reform”