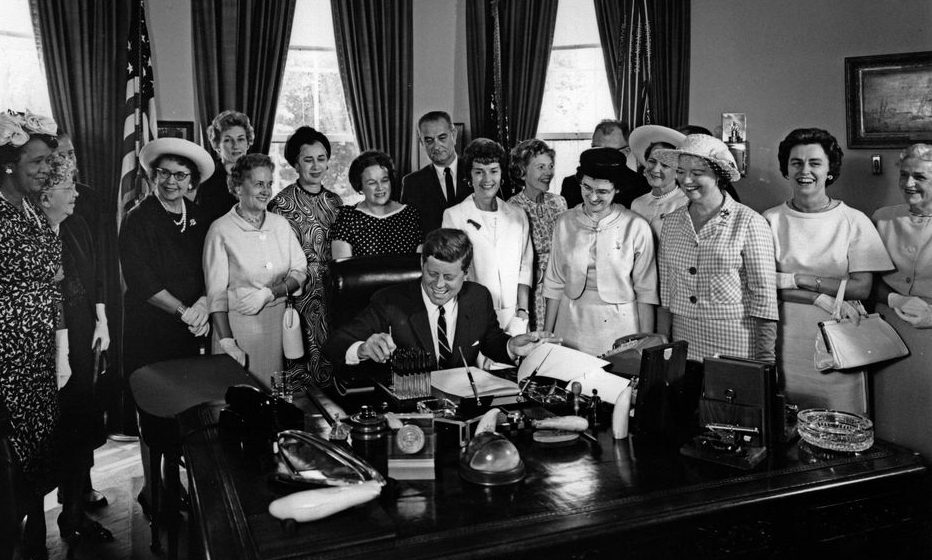 On Jan. 30, House Speaker Nancy Pelosi (D-Calif.) and House Democrats began a new move to reinstate the Paycheck Fairness Act, a bill that aims to close the wage gap between men and women.

Decades of research show definitively that differences in pay between men and women are attributable to factors, including (but not limited to), hours worked, length of time on the job, and the number of vacation days taken. In other words, disparities are the result of anything other than sexism.

A recent study released by Valentin Bolotnyy and Natalia Emanuel of Harvard University showed the gap “can be explained entirely by the fact that, while having the same choice sets in the workplace, women and men make different choices.”

The study also addressed the suggestion that women are penalized in the workplace after giving birth, which has been dubbed the “motherhood penalty.” New fathers, by contrast, are said to have a “fatherhood premium.”

But the Harvard study showed that the penalty/premium doesn’t exist either and that any differences in income for new parents are “the result of choices mothers and fathers make, and not gender-based discrimination,” the Daily Signal reported.

“As a whole, women chose to work only half as many overtime hours—80 hours per year, compared with 160 hours for men,” the Daily Signal continued.

“Women also took an average of 17.5 days of unpaid leave (often to avoid undesirable schedules) through the Family and Medical Leave Act, compared with 10 days of leave for men. …

“Looking specifically at the gap between mothers and fathers, the study concluded that ‘women with dependents—especially single women—value time away from work more than men with dependents,’ ” the Daily Signal added.

As far back as the 1970s, intellectuals and economists such as Thomas Sowell were dispelling myths about sexist discrimination in pay between men and women. Sowell even wrote an entire book, “Discrimination and Disparities,” which presented an extraordinary amount of evidence that disparities in human relations aren’t necessarily the result of the presence of discrimination.

Clearly, the proponents of this bill haven’t read the book. And major women’s organizations like the American Association of University Women (AAUW) and the National Organization for Women (NOW) still repeat the lie that “women make 80 cents on the dollar compared to men.”

Since the passage of the Equal Pay Act of 1963, it has been illegal to pay women less than men “for equal work on jobs the performance of which requires equal skill, effort, and responsibility, and which are performed under similar working conditions,” as stated by the Act itself.

But none of this matters to feminists and progressives who wrote into this bill language stating that “pay disparities can only be due to continued intentional discrimination or the lingering effects of past discrimination.” Supporters of this legislation routinely speak of this issue in vague generalities and fail to provide evidence of overt sex-based pay differentials.

The new Paycheck Fairness Act does little more to guarantee equity than the Equal Pay Act of 1963.

ABC News reported that it “would end so-called pay secrecy, easing workers’ ability to individually or jointly challenge pay discrimination, and strengthening the available remedies for wronged employees, according to the bill’s sponsors.”

What it really does is overreach by introducing new burdens on employers that may result in unintended consequences.

Among other things, the Act prevents employers from considering previous pay history as a condition of an employment offer. This is problematic for industries such as sales, where pay information is a strong indication of how successful you were in performing the duties of your last job.

It also prevents employers from using past pay to determine new pay, with limited exceptions. And it doesn’t allow employers to confirm the candidate’s previous pay without having already offered new employment with pay information already disclosed.

On a positive note, it does provide for assisting women with negotiating skills, which is a big plus, considering men tend to be better negotiators. But that could have (and should have) been accomplished outside a congressional mandate.

The Act also establishes a Secretary of Labor’s National Award for Pay Equity in the Workplace to reward companies that have “made substantial effort to eliminate pay disparities between men and women, and deserves special recognition as a consequence of such effort,” which would be admirable … if the pay disparities were actually the result of discrimination—which they’re not.

The fact that this bill is based on a decades-old lie makes it reek of a political ploy.

Speaker Pelosi might have given away the golden goose when she said at a press conference, “We hope that the bill will be signed by the president of the United States by April 2, which is Equal Pay Day,” which, as NBC News reported, is a day “held every April to symbolize how far into the year women need to work to make what men did in the previous year.”

One doesn’t have to be incredibly imaginative to suspect this to be an aim of the bill. It’s not particularly business-friendly, so there is a chance President Donald Trump won’t sign it.

If the president doesn’t sign this bill, or if it doesn’t get to his desk, we can expect the entire Pelosi-led Democratic Party to go nuclear in its accusations of the president and GOP as a group of sexist, anti-women hatemongers, misogynists, and more. The stage is now set for unrelenting, election-year attacks based on manufactured outrage.

Irony at its finest.

0 comments on “The Tragic Irony of the Paycheck Fairness Act”