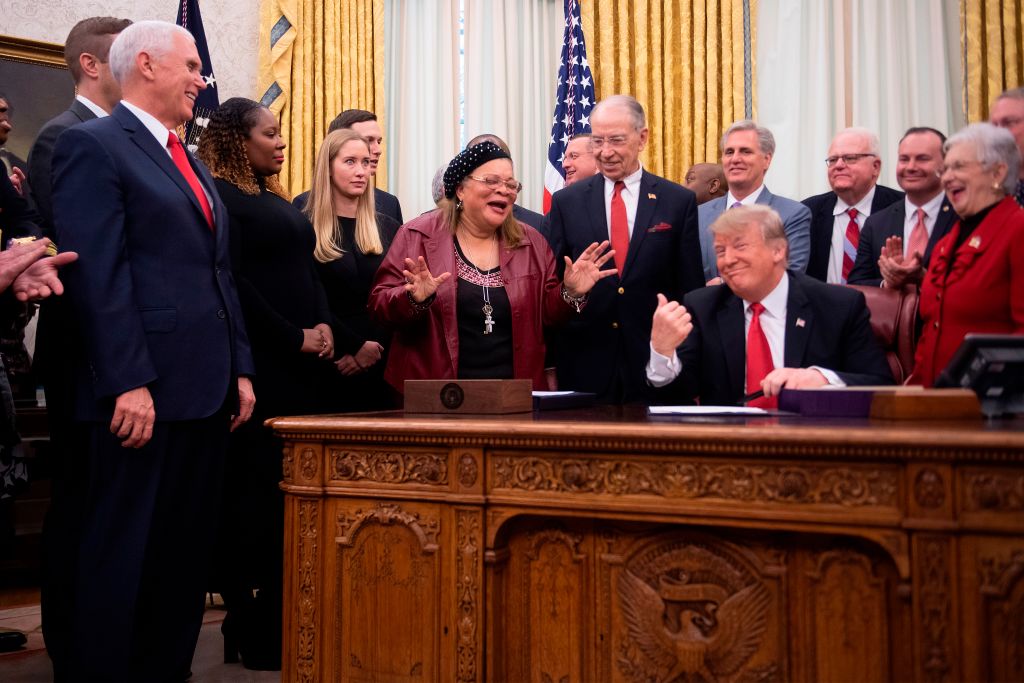 Since the 2018 midterm elections, America’s political left has been celebrating “the most diverse Congress in U.S. history.” And, as the races for the 2020 congressional and presidential elections heat up, political diversity is a key focus.

The Guardian noted “a stark difference between the diversity of incoming Democrats and incoming Republicans” before dismissing the Republican Party as “even more white and male.”

Lately, a common critique of the Republican Party is that its members don’t “look like America,” because the demographic makeup of the party doesn’t match the demographic makeup of the country. The underlying argument is that a less diverse political body couldn’t possibly yield favorable results for a broader segment of the population. Consequently, it presupposes that more diversity leads to better policy outcomes.

Rashad Robinson, executive director of the civil rights-focused nonprofit Color of Change, told The Associated Press that diversity is “a great thing and we should celebrate it,” but added “diversity alone does not mean structures and policies and practices that have held so many back will change” overnight.

What he should have said is that diversity alone may not change those things at all, especially in the black community.

According to Fact Tank by Pew Research: “Data from the past 50 years reveal the upward yet uneven trajectory of black political leadership in America. In 1965, there were no blacks in the U.S. Senate, nor were there any black governors. And only six members of the House of Representatives were black. As of 2019, there is greater representation in some areas—52 House members are black, putting the share of black House members [12 percent] on par with the share of blacks in the U.S. population overall for the first time in history.”

In not only Congress, but also counties, cities, and states across the nation, we have seen more blacks elected to positions of power—an increase in diversity.

So what did we get in exchange?

According to 2016 data from Pew Social Trends, more than a third (36 percent) of whites hold a bachelor’s degree, compared with 23 percent of blacks. This is a disparity between blacks and whites that has widened since 1964.

And blacks are still twice as likely as whites to be unemployed.

The area of criminal justice has long been a thorn in the side of the black community. And there are two issues we have wanted to reverse for years: 1) disparities in sentencing resulting from the 1980s-era War on Drugs that (among other things) mandated harsher sentencing for crack cocaine than powder cocaine, and 2) disparities created by the 1994 Clinton (yes, as in Hillary’s husband, Bill Clinton) crime bill, which was said to fuel “racist mass incarceration.”

Pew also reported that “the highest level of black representation in a presidential Cabinet occurred during Clinton’s first term, when four out of 15 Cabinet appointees were black,” which coincides with the exact same time the “racist” crime bill became law.

Recently enacted legislation called the First Step Act was the first in a series of bills aimed at reversing decades-old disparities in criminal sentencing. Interestingly enough, this bill was neither passed under the administration of America’s first black, President Barack Obama, nor put forward by the so-called diversity-championing left.

Although it had bipartisan support, this legislation was drafted and passed under the Trump administration—an administration chided for its lack of diversity.

The data show unequivocally that in exchange for putting more blacks in powerful government positions, the black community gained little and actually regressed in some areas.

Simply put, the recently orchestrated chorus of calls for political diversity is hardly based on altruism. It amounts to one segment of the political spectrum (the left) weaponizing the idea of political diversity against their primary opponent (the right) to falsely smear them as racists, to try to score cheap political points on this issue—one that doesn’t even produce positive results.

After all, Asian Americans lead in the categories of median household income, college graduation, and median wealth and have historically had less political representation than black Americans.

Having an extremely diverse political party may look great on campaign posters and may be seen as a selling point during election season, but only because many voters still don’t seem to understand that racial and ethnic diversity—sans intellectual diversity—doesn’t automatically guarantee better outcomes for those groups represented.

0 comments on “The Weaponization of Political Diversity”