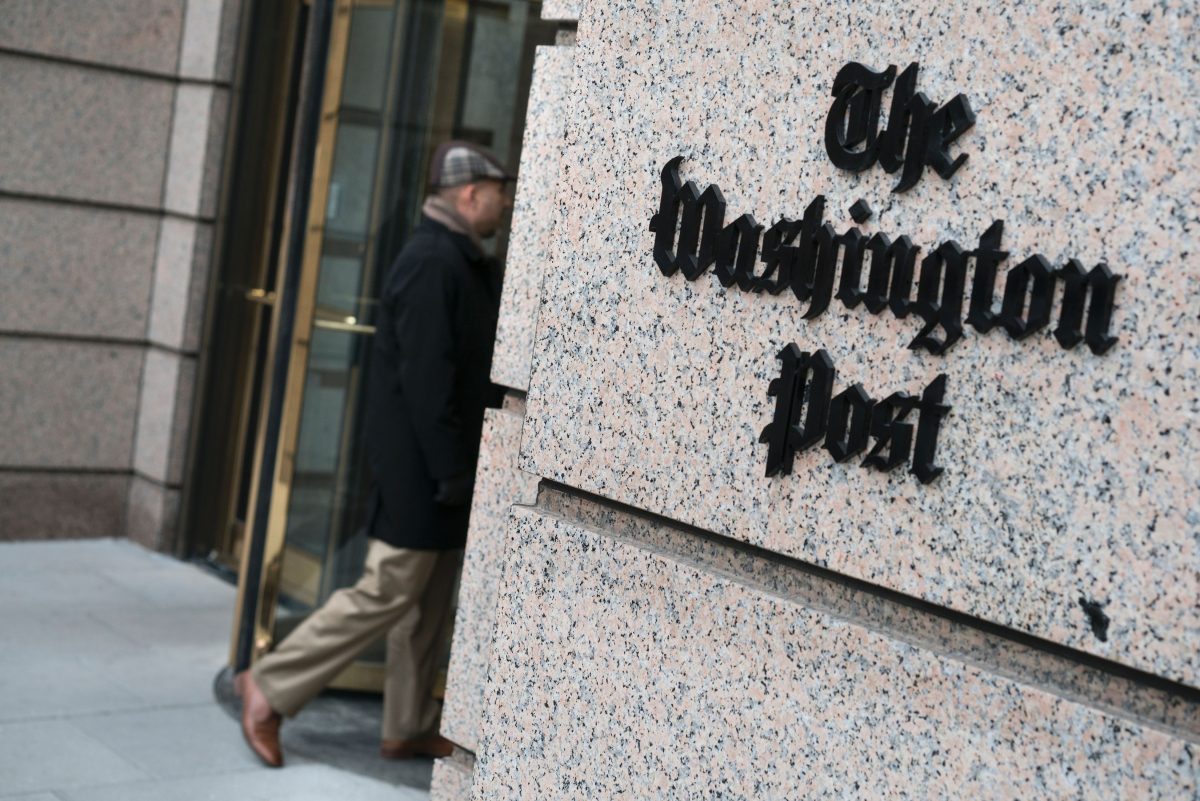 Attorneys for Nicholas Sandmann, a student at Covington Catholic High School, filed a $250 million lawsuit against The Washington Post for defamation.

According to the suit, “In a span of three (3) days in January of this year commencing on January 19, the Post engaged in a modern-day form of McCarthyism by competing with CNN and NBC, among others, to claim leadership of a mainstream and social media mob of bullies which attacked, vilified, and threatened Nicholas Sandmann, an innocent secondary school child.”

Sandmann was featured in a viral video that showed him in a confrontation with a Native American man named Nathan Phillips. Sandmann and his friends were waiting for a bus in Washington when they were approached and harassed by Phillips. But some news outlets showed edited video, falsely making it appear as though the students started the confrontation.

“[The] Post conveyed that Nicholas engaged in acts of racism by ‘swarming’ Phillips, ‘blocking’ his exit away from the students, and otherwise engaging in racist misconduct,” the suit says. “The Post ignored basic journalist standards because it wanted to advance its well-known and easily documented, biased agenda against President Donald J. Trump … by impugning individuals perceived to be supporters of the President.”

This lawsuit highlights a major fault line in the United States—legacy media has a credibility problem. And it follows two other massive media blunders within the first two months of 2019.

In January, Buzzfeed published a story suggesting that Trump ordered his former attorney Michael Cohen to lie to Congress. Left-leaning media organizations ran with the story and plastered wall-to-wall coverage at every opportunity.

But so flagrant was this lie that the office of special counsel Robert Mueller—known for its ability to stay tight-lipped about the ongoing investigation—was forced to intervene, issuing a public statement, saying, “BuzzFeed’s description of specific statements to the Special Counsel’s Office, and characterization of documents and testimony obtained by this office, regarding Michael Cohen’s Congressional testimony are not accurate.”

Shortly after the Covington incident, there were calls for politicians, media organizations, and even regular Americans to pause and wait for all the facts before passing judgment on the next breaking news story. That lasted all of five seconds.

Because, during the last week of January, the media pounced on the salacious tale of Jussie Smollett, who claimed that he was victimized in a hate crime that was perpetrated by Trump supporters. The story was vociferously reported by major news outlets. And politicians and pundits showed they had not learned their lesson from the first two hoax stories of 2019 and were almost giddy in their rush to judgment.

Sen. Maxine Waters (D-Calif.) blamed Trump for the alleged attack, saying, “He’s separating and dividing, and he is basically emboldening those folks who feel this way.”

CNN’s April Ryan said, “This attack on Jussie Smollett is a hate crime and should be treated as such!”

Democrat Fox News contributor Richard Fowler said in a tweet, “To be clear, Jussie Smollett is being hospitalized for a disgusting and heinous HATE CRIME based both on Jussie’s race and his sexuality-the intersectionality here matters! Being black and #LGBTQ in America is harder than ppl think. #JusticeForJussie”

The commentariat, yet again, proved its complete irrelevance.

Within hours of the first reports, the official story began to fall apart. And, as of Feb 20, we knew that the “attackers” weren’t white Trump supporters, but were Nigerian, knew Smollett personally, and said Smollett “paid them to participate in the alleged attack on January 29 and that they purchased the rope—which was found around Smollett’s neck—at a nearby hardware store.”

To run headfirst into a blunder of such cosmic proportions, immediately after two other cases of high-profile fake news, requires someone to not just be beyond the pretense of objectivity, but pathological in their desire for outrage.

Whether for ratings or for politics, the pursuit of the facts is secondary to maintaining their delusional preferred narrative. It’s disgusting. Fake news is real and we are right to call it out.

The Federalist, Daily Caller, and The Epoch Times (among others) have curated lists of fake news and fake hate crimes in the Trump-era. These lists should remind us all to not reflexively believe “mainstream” news, particularly on a story that clearly has an anti-conservative bias.

Recent events show us that there are consequences to shoddy, misleading reporting. Supreme Court Justice Brett Kavanaugh nearly had his good name ruined from false allegations pushed breathlessly by the media. Covington Catholic High School was forced to close for a day after students received death threats because of the media’s lies.

But that knife cuts both ways. And Sandmann’s attorneys just gave the media 250 million reasons why they need to do better.

(This article was published at The Epoch Times: https://www.theepochtimes.com/the-fake-news-knife-cuts-both-ways_2812001.html)

0 comments on “The ‘Fake News’ Knife Cuts Both Ways”