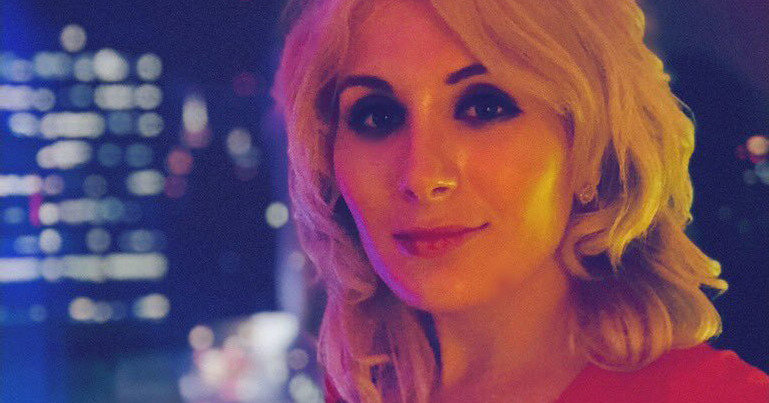 Within just a few short years, we might be saying, “Welcome to a Brave New America—a dystopian freak show of a world, where the capricious whims of a few control the lives of the many.”

Picture it as a dark existence where faceless, nameless authoritarians are free to make decisions on your behalf and against your will. You have no recourse. There’s no one to petition, no one to object, and no one to stand on your behalf.

This is the world being created, as tech giants and banks work in tandem with progressive advocacy organizations to exclude people from participating in society, simply because they hold different views.

Censorship is virulently spreading in the United States. In the name of “tolerance” and “social justice,” people are being systematically excluded from online conversation.

In recent times, however, the censorship hasn’t only been limited to online discussion—it has spread to commerce as well. Companies and banks are now using someone’s exercise of his or her free speech rights as a pretext to close accounts and prevent that person from engaging in commerce.

I recently posted a tweet in defense of conservative journalist Laura Loomer, saying: “The banning of Laura Loomer from Twitter, Venmo, PayPal, Uber, Lyft, Uber Eats, and Teespring should be illegal. In a free nation, no person or company should have the power to block people from speech and commerce, simply because they disagree w/ their politics.”

Immediately, the post received comments from people (predictably) stating that private companies are allowed to refuse service to anyone. Despite the fact that many of the companies engaged in this behavior are public (and social-media sites, specifically, are operating spaces for public speech and discourse), this goes beyond the issue of companies being able to refuse service. It’s about the United States creeping toward an authoritarian system that can prevent any person from participating in commerce, simply for “wrongthink.”

“PayPal banned me. That was 90 percent of my income,” Loomer told me via telephone.  “I can’t monetize my website.”

I learned how easy it is for these companies to shut you out of modern life, as there are some places and merchants that only allow the use of a single payment platform, such as PayPal. So, if you’re banned, you can’t just go to a competitor—there is no other option.

We’ve now seen an evolution from monopolistic social-media companies autonomously defining and self-regulating acceptable speech, to unelected, unaccountable individuals at companies that run digital payment systems determining who is allowed to buy or sell on the basis of whether or not they agree with your politics.

Yet, these types of attacks have been happening against conservatives and no one really seems to care.

It was recently reported that JPMorgan Chase suspended “Enrique Tarrio, the black leader of the Proud Boys, a group that has laughably been branded a white supremacist organization by liberals,” along with Loomer and Martina Markota—over politics.

It happened again in April 2018, when New York Comptroller Thomas DiNapoli urged credit card and banking companies to stop the processing of payments for firearms—because of his own anti-Second Amendment beliefs.

Officials clearly have no problem circumventing legal procedures, and by reaching out to Visa, American Express, Mastercard, Bank of America, and JPMorgan Chase, they showed their willingness to resort to extra-constitutional tactics to punish law-abiding Americans who have committed no crime.

In another example, Visa and Mastercard blocked the David Horowitz Freedom Center (a conservative organization) from receiving donations. The ban was based on a complaint from the Southern Poverty Law Center, a group that actively works to have conservatives censored and de-platformed. After two days of meetings with attorneys, the bans were reversed.

Reacting to the news, one user in the Daily Wire comments section wrote: “Surely these things must start falling under antitrust. When the public platform is now the internet, and all monetary transactions are done by two credit card companies worldwide; there in no way should be 15 or 20 unelected zealots on the US coast that can unilaterally dictate that entire organizations and individuals be completely moved from the public space.”

This may not seem like an urgent matter, with multiple payment options and cash still being used in roughly half of small transactions and 30 percent of all payments.

But banks and governments have been incrementally pushing the world toward a cashless monetary system. Should such a system materialize, politicians such as DiNapoli and political activists—working hand-in-hand with financial companies—will have the ability to prevent anyone they don’t like from being able to purchase food, goods, and services, or even to travel.

And this danger is closer than you may think. The digital control grid of China recently blocked 23 million people from purchasing travel tickets, simply because it deemed their behavior unacceptable.

“If a ‘cashless’ government becomes authoritarian, it can not only monitor and tax everything you buy, but also ban purchases,” wrote Lowell Ponte on American Thinker. “This authoritarian step-by-step plan makes people depend on credit cards and on renting things instead of owning them. Then it outlaws cash as something only outlaws use. The government can control what people are permitted to buy by regulating and intimidating banks and credit card companies.”

Many of the comments on Loomer’s situation focus on social-media bans and whether or not a company can interdict free speech. Few have weighed in on the ethics and efficacy of denying someone access to our economic system because some anonymous person doesn’t like what they post.

These bans on conservatives seem like a test run to record just what sort of appetite the United States has for such a system.

The ultimate goal for these so-called “elites” is to regulate people’s thoughts and actions. Control is the “why.” Censorship is the “how.”

These efforts should be rejected by everyone in the United States, especially those taking the brunt of the force right now.

“Conservatives with power need to stop mumbling platitudes about the free market and capitalism while their supporters are being stomped into the ground,” said John Hawkins in an op-ed. “They need to defend the real human beings, warts and all, who make it possible for conservatism to exist.”

Censorship is when one manner of thinking is banned and replaced by another. In this way, censorship is not simply its own form of speech, but also a type of conditioning. These policies are designed to modify human behavior through force, coercion, and duplicity.

Tech giants are behaving in an increasingly Orwellian fashion, acting as their own Ministry of Truth to erase from the public record those with whom they disagree, in a bid to reshape history and fabricate a world they desire.

“Thought crime,” “doublespeak,” and “memory hole” are no longer just concepts from George Orwell’s book “Nineteen Eighty-Four”; they now have real-world applications. It’s as if the book were a blueprint, rather than a warning.