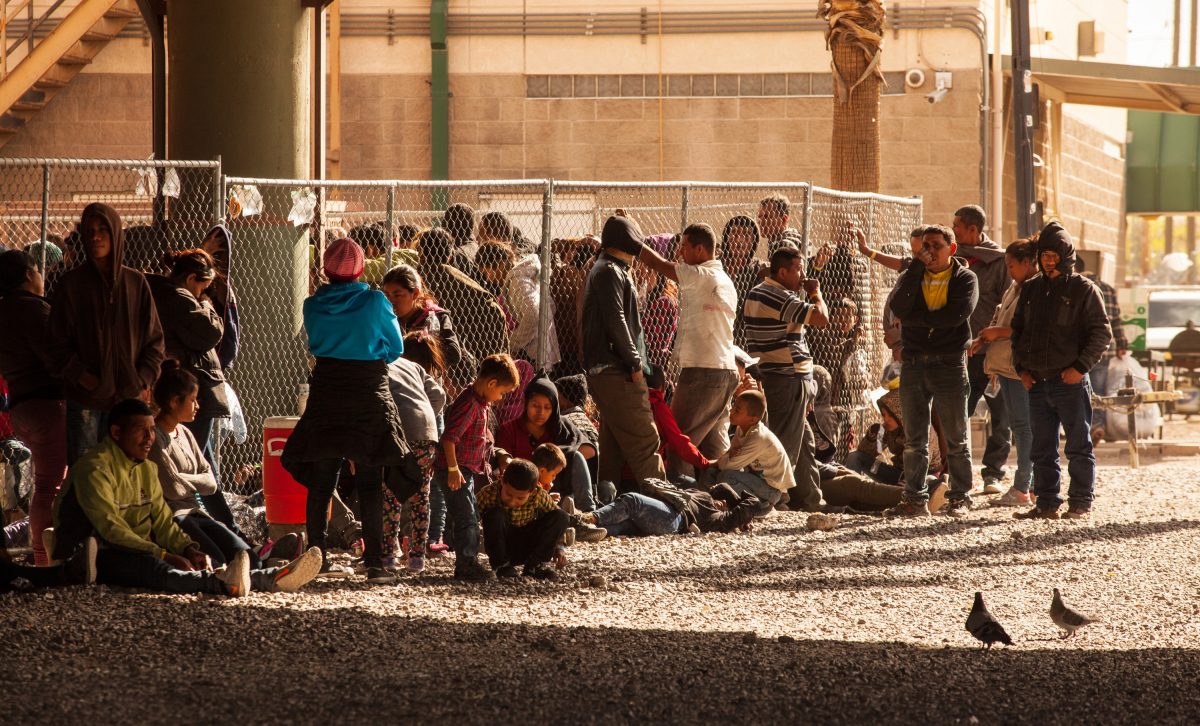 New waves of migrants from Central America have poured into the United States, overwhelming detention facilities.

Currently, in El Paso, Texas, hundreds of migrants are being held in an outdoor detention facility, because of the strain fresh swells of illegal crossings have placed on Border Patrol agents.

But Border Patrol agents are tasked with securing the border, not housing and caring for thousands of illegal aliens who didn’t feel the need to properly apply for asylum at a port of entry. We simply don’t have the resources to deal with this large influx of people.

“Catch and release” policies of the U.S. government reward migrants who bring children by guaranteeing their release into the interior of the country after a short detention. Current immigration laws incentivize the behavior that is causing this crisis.

The situation on the southern U.S. border is indeed a crisis. Not only are we being overwhelmed by growing numbers of illegal aliens, but large caravans are being exploited by Mexican drug cartels who use them as diversions to smuggle drugs and people across other sections that go unpatrolled.

“The groups are being crossed strategically by the cartels to create security gaps to push through the rapists and felons, the criminal aliens,” Border Patrol Agent Jose Romero told the El Paso Times. “They are the ones who aren’t coming and turning themselves in.”

In 2019, up to 1 million aliens are projected to cross the southern border illegally, with hundreds of thousands of others overstaying their visas. So far, in 2019, we’ve already taken in more than 200,000 illegal aliens. And just within the past two weeks, the U.S. Department of Homeland Security has released 24,000 illegal aliens into the country.

These numbers are unsustainable. Illegal aliens cost the United States nearly $116 billion per year. Yet, without a strong border and with weak policies that guarantee release simply by dragging a child along, we incentivize more of the same.

Activists for open borders tend to highlight the personal stories of people fleeing their countries and coming to the United States for a better life, but rarely (if ever) consider the plight of those already here.

The U.S. Department of Housing and Urban Development estimates that there are roughly 553,000 homeless people in the United States. And, it’s estimated that 11 percent of the homeless population in the United States are veterans. The hundreds of billions of dollars we spend assisting illegal aliens who have circumvented our laws could be used to provide better lives for actual U.S. citizens and veterans who have served and made sacrifices for this country.

And, the cost of our lax immigration laws cannot only be expressed in dollars and cents.

An estimated 10,000 children are trafficked into the United States every year to be sold as sex slaves, and thousands of other people are brought in for slave labor. This is reprehensible. Allowing a system that supports modern-day slavery is beneath any civilized nation, particularly the United States. Yet, this tragic abuse of women and children is happening daily, because our politicians are too busy with moral proselytizing to bother themselves with building a wall, fully securing the border, and passing immigration reform bills.

While it is laudable to empathize with those coming to the United States for economic opportunity, I empathize with those already here who are shunned by their own government—castaways living in the shadows, because their elected officials represent foreigners rather than them, the forgotten, homeless Americans. Their kids don’t get tuition reimbursement. They don’t get free legal aid or health care.

While the migrants in El Paso are temporarily living outdoors in undesirable conditions, it’s important to remember that they chose to come here. They made a conscious, calculated decision to enter this country illegally, and despite their willful violation of our laws, they are still treated better than in their home countries. They have guaranteed access to food, water, and medical care.

And there are U.S. citizens who live on the streets every single day and sleep there every single night who would gladly trade places with them.