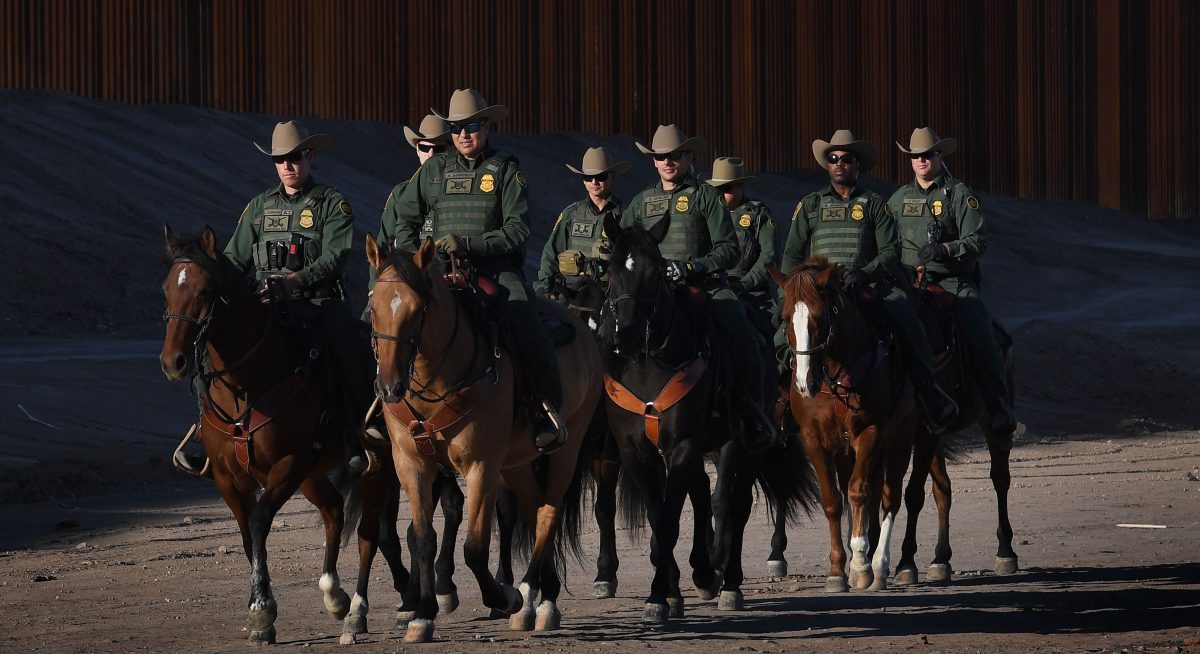 On April 1, the U.S. Department of Homeland Security (DHS) released a statement detailing a new directive from Homeland Security Secretary Kirstjen M. Nielsen, which included instructions to “undertake emergency surge operations and immediately increase its temporary reassignment of personnel and resources from across the agency to address the influx of migrants.”

This move comes in response to an explosive increase in illegal crossings into the United States through our southern border. About 100,000 illegal aliens entered the United States in March. That’s a level that hasn’t been seen in roughly a decade.

The Detroit Free Press reported that the “influx is being driven by a 300 percent increase in the number of people crossing as part of families compared with 2018.”

Border Patrol agents will also return hundreds more migrants per day to Mexico, but that’s simply putting a Band-Aid over a gaping wound. The crisis at our border is getting measurably worse by the day, and it’s time for the grown-ups to start acting like grown-ups and draft a solution to this catastrophe.

As it stands, Republicans seem to be the only ones taking border security seriously, despite the fact that for more than a decade, border security—and even the wall—were matters of strong bipartisan concern.

“In 2013, every Senate Democrat supported legislation requiring the completion of a 700-mile fence along our southern border. This legislation would have provided $46 billion for border security and $8 billion specifically for the wall,” said Sen. John Thune (R-S.D.). “Nearly every Senate Democrat supported $25 billion in border security funding just last February.”

Thousands of people are trafficked across our border daily. Every day, Americans are killed by lethal drugs, such as heroin and fentanyl, that are pouring across our border. And it’s not happening at ports of entry; it occurs in places where there is little to no border security, which is why it’s critical to have a physical barrier—a wall.

A less-talked-about issue we face on our border involves the threat of terrorism. I recently learned of an official with Immigration Customs Enforcement (ICE) who stated that there are terrorist cells currently operating in concert with cartels near our southern border, involved with trafficking and other activities. These are serious national-security matters.

“The crisis at our border is worsening, and DHS will do everything in its power to end it. We will not stand idly by while Congress fails to act yet again, so all options are on the table,” Nielsen, who resigned as DHS chief on April 7, said in the statement.

“We will immediately redeploy hundreds of CBP personnel to the border to respond to this emergency. We will urgently pursue additional reinforcements from within DHS and the interagency. And we will require those seeking to enter the United States to wait in Mexico until an immigration court [has] reviewed their claims.”

While the tough talk from Nielsen may sound great in an interview or press release, the fact remains that once migrants hit U.S. soil, there is little chance they will be waiting anywhere other than in the United States.

To avoid immediate deportation, most migrants now bring children with them, to take advantage of our “catch and release” policy of not deporting “families.” Many of the children who are caught with adults entering illegally aren’t even related. To make matters worse, children who are used to enter the United States are being exploited multiple times.

“We’ve broken up so-called ‘child recycling’ rings, if you can believe it, in the last couple of months, which is where smugglers kidnap a child,” Nielsen told Fox News. “They give it to an adult to cross the border, present themselves as a family. Once they get in, because, as you know, we can only hold families for 20 days, they send the child back and bring the child back with another family—another fake family, another adult.”

Between March 21 and April 1, DHS released 17,000 illegal aliens into the country. A new caravan of 2,466 people is making its way through Mexico toward the United States.

President Donald Trump recently threatened to close the border with Mexico, an idea that he almost immediately walked back, after being advised of the strong negative economic impact to the United States and reminded that most of the illegal crossings aren’t taking place at lawful ports of entry.

Our elected officials are well aware of the negative impact our broken immigration system is having on the United States. Maybe it’s time we ask them why they refuse to do anything about it.