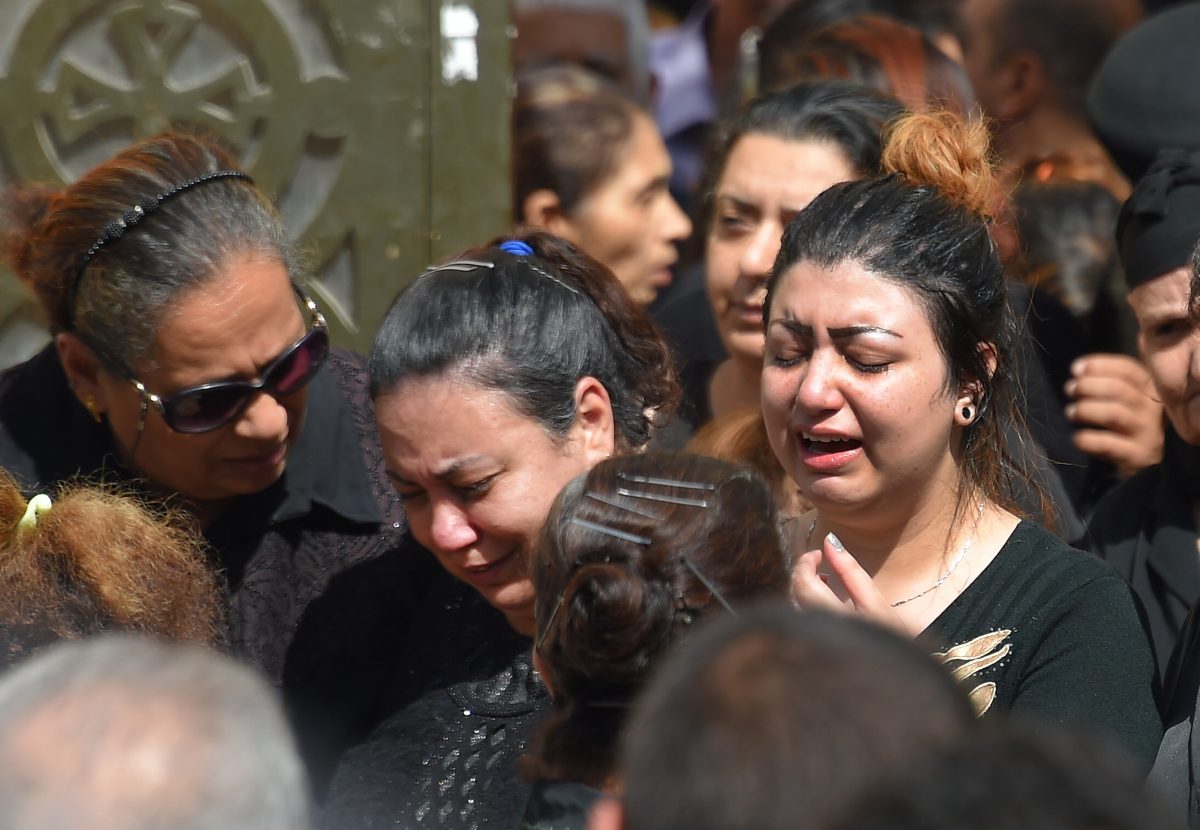 For the past 50 years, the church has been guarded by a statue of the Virgin Mary, which stands outside.

On March 30, a vandal came onto the church grounds and beheaded the statue. A month prior, two statues were beheaded with a sledgehammer at a church just three miles away.

The vandalism highlights a growing problem of attacks against Christians, not just in the United States, but around the world. And often, the attacks outside the United States are far more violent.

This year, within just a two-week period from late February to early March, 120 Christians were slaughtered by Fulani Muslim militants in Nigeria. In a single day, 52 people were killed, dozens injured, and about 143 homes were destroyed in attacks, according to Christian Solidarity Worldwide. Thousands of people have been displaced by the targeted violence, yet the lack of media attention in Western circles renders these events as if they haven’t even occurred.

In 2018, the Christian Association of Nigeria and church leaders said that more than 6,000 people, “mostly children, women, and the aged have been maimed and killed in night raids by armed Fulani herdsmen.” Faith-based attacks such as these are rather commonplace. And, these types of killings are not limited to Nigeria.

On April 2, an Egyptian man named Rabee Khalifa was sentenced to death for the murder of two Christians. Reuters reported that Coptic Christians make up only “around 10 percent of a largely Muslim population, have long complained of discrimination,” and that they “have frequently been attacked by Islamist militants who see them as infidels.”

Incidents such as this are far from rare in Egypt. In 2017, on Palm Sunday, an Islamic extremist killed 27 Christians and injured 78, when a bomb was detonated inside of a church in Egypt.

Even shifting our attention across the globe to Asia, we find the same phenomenon.

In 2018, a mob of people in Vietnam attacked two dozen Christians, specifically because of their faith. CBN News reported on a statement from the Vietnam Committee on Human Rights, which said, “Such attacks and acts of harassment against religious communities have multiplied recently in Vietnam. … The authorities are invoking the law to criminalize legitimate religious activities, creating a climate of impunity for a wide range of violations of freedom of religion or belief.”

In Europe, we also witness disgusting attacks against Christians. Within the past month, 12 Catholic churches were desecrated across France, in incidents that included arson, painting a cross with human excrement, looting, and stealing.

It was reported that “80 percent of the desecration of places of worship in France concerns Christian churches and in the year 2018, this meant the profanation of an average of two Christian churches per day in France, even though these actions rarely make the headlines.”

Open Doors USA, a non-profit organization that supports persecuted Christians around the world, says that on average, every month, “345 Christians are killed for faith-related reasons, 105 churches and Christian buildings are burned or attacked” and “219 Christians are detained without trial, arrested, sentenced, and imprisoned.”

They also note a fact that’s incredibly unpopular: “The primary cause of persecution is Islamic oppression. This means, for millions of Christians—particularly those who grew up Muslim or were born into Muslim families—openly following Jesus can have painful consequences.”

Around the globe, we are seeing attacks against one religion, while another is afforded protected class status. Criticize Islam in Europe and you might find yourself on the receiving end of a jail sentence for hate speech. Criticize Islam in the United States and you’re labeled “xenophobic,” and might have your social-media accounts banned. But, somehow, if you criticize Christianity, it’s all good.

When hundreds of Muslim parents protest at a school that introduced an LGBTQ curriculum, they are heard. But, when an executive at Chik-fil-A simply espouses that he believes marriage is between a man and a woman—a tenet of his Christian faith—the restaurant is banned from airports.

When 50 Muslims are killed in mosque attacks in New Zealand, the media has an insatiable appetite for virtue signaling, using the story to lecture the world about the need for tolerance. Yet, when hundreds of Christians are violently killed in similar attacks, the events are all but swept under the rug.

Claiming the moral high ground when discussing religious freedom requires that those who defend Muslims also defend Christians with equal vigor, public declarations, and legal protections, especially since worldwide trends show that Christians in Muslim countries are 143 times more likely to be killed than vice versa.

Because, when it comes to religious persecution worldwide, it’s clear that Christians are the real victims.

0 comments on “The War on Christianity”