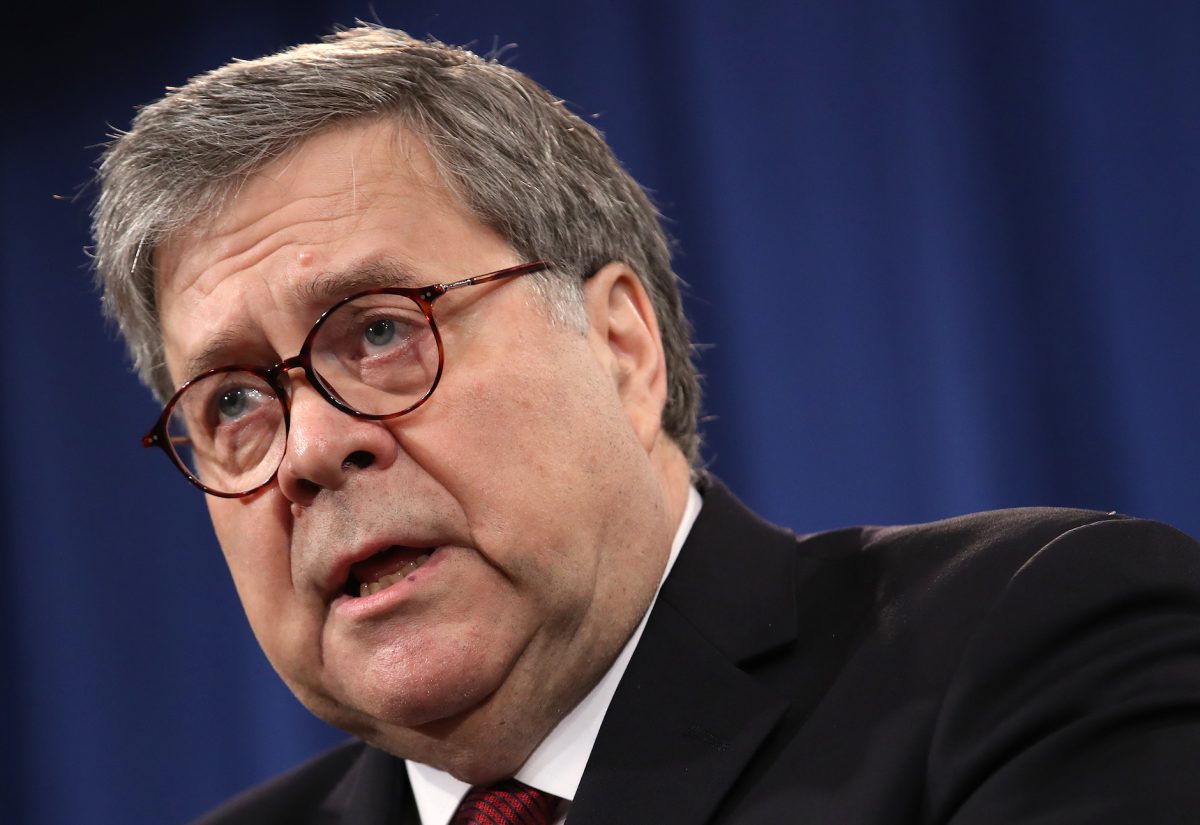 The key takeaways: There was no collusion or conspiracy between Russia and President Donald Trump, any member of his campaign, or any American to affect the outcome of the 2016 election, and there was no evidentiary basis on which to assert claims of obstruction of justice.

At the beginning of the press conference, Barr noted that although Rosenstein had plans to depart the Department of Justice (DOJ), he asked him to remain. “Rod has been an invaluable partner and I’m grateful that he is willing to help me and has been able to see the special counsel’s investigation through to its conclusion,” said Barr.

That fact should not be lost, as we hear people such as Speaker of the House of Representatives Nancy Pelosi (D-Calif.) making irresponsible claims that Barr is “off the rails” and acting like “the attorney general of Donald Trump.”

Shortly after the press conference, Pelosi wrote in a tweet, “AG Barr has confirmed the staggering partisan effort by the Trump Admin to spin public’s view of the #MuellerReport – complete with acknowledgment that the Trump team received a sneak preview. It’s more urgent than ever that Special Counsel Mueller testify before Congress.”

However, it’s important to remember that the process of accepting the report, redacting certain portions consistent with federal law, and releasing it has been conducted with the assistance, advice, and consent of both Mueller and Rosenstein. Assertions that Barr is running defense for the president are unfounded.

Barr has nothing to gain from misrepresenting at 9:30 a.m. the contents of a report that is set to go public at 11 a.m.

The special counsel’s report did not find any evidence that members of the Trump campaign or anyone associated with it conspired or coordinated with the Russian government in hacking operations. The report states, Barr said, that “the investigation did not identify evidence that any U.S. person knowingly or intentionally coordinated with [Russia’s Internet Research Agency’s] interference operation.”

The special counsel investigation also concluded that no one in the Trump campaign participated in the dissemination of stolen emails.

Many observers speculated that statements given by the president—including tweets and public statements—might have amounted to obstruction of justice, by trying to intimidate or otherwise impact or influence the investigation in his favor. After reviewing the facts and legal theories found in the report, Barr said that he and Rosenstein concluded that there wasn’t sufficient evidence of obstruction of justice.

“And, as the special counsel’s report acknowledges, there is substantial evidence to show that the president was frustrated and angered by a sincere belief that the investigation was undermining his presidency, propelled by his political opponents, and fueled by illegal leaks,” Barr said. “Nonetheless, the White House fully cooperated with the special counsel’s investigation, providing unfettered access to campaign and White House documents, directing senior aides to testify freely, and asserting no privilege claims.”

The threshold for credibly making an obstruction claim, in this instance, is the ability to show that the motives were to obstruct justice. Trump’s actions of lashing out were certainly warranted, considering he was unfairly targeted in an investigation into a crime for which he was innocent. His motive was to express anger, not stymie the investigation. And as the report concluded, “non-corrupt motives weighs heavily against any allegation that the president had a corrupt intent to obstruct the investigation.”

Also concerning for many raising questions of transparency is the fact that much of the report will be redacted. However, the redactions to the special counsel’s report were applied by DOJ attorneys, along with attorneys from the special counsel’s office and officials within the intelligence community. The redactions are their work products. “There were no redactions done by anyone outside this group. No one outside this group proposed any redactions,” said Barr.

The White House also declined to assert privilege over the special counsel’s report. No material was redacted based on executive privilege. Although it was within their prerogative to do so, the president’s lawyers neither made, nor requested any redactions whatsoever. “The president confirmed that, in the interests of transparency and full disclosure to the American people, he would not assert privilege over the special counsel’s report,” said Barr.

There are actually three different versions of the special counsel’s report: the full report (only available to a handful of people within the DOJ), a redacted public report available to the public, and a report with light redactions (blocking only grand jury material) for a bipartisan group of select members of Congress, for the purpose of allowing their function of oversight.

So, Congress can make no claims that there were attempts to hide information from them.

After nearly three years of media lies and outlandish gaslighting by Democrats, the conclusion is that the president isn’t guilty of any of the crimes of which he has been accused. The egg-on-your-face moment for those pushing the false collusion/obstruction narrative can’t be overstated.

Mueller and Rosenstein were heroes in the minds in the left just a year ago. Now that the outcome of the investigation isn’t what they’d hoped, they are seen as pariahs.

Pelosi and Democrats will continue to ramp up the rhetoric of a cover-up, incensed that they are no longer able to control the narrative. There is already talk of having discredited former Trump attorney Michael Cohen try to fill in the blanks of redactions in the report.

Democrats have already threatened to subpoena Mueller to testify in a hearing and Barr is set to testify before the Senate Judiciary Committee.

The fact remains that this investigation was started under false pretenses, with real crimes likely committed by senior members of the FBI and DOJ—crimes that may reach all the way to the Obama White House. There are already several investigations taking place into the origins of the Mueller investigation and spying on the Trump campaign. Barr expects the investigation by DOJ Inspector General Michael Horowitz to be completed by May or June.

But, concerning Trump–Russia collusion and the possibility of obstruction, it’s over.

0 comments on “It’s Over: Takeaways From AG Barr’s Press Conference on Release of Mueller Report”