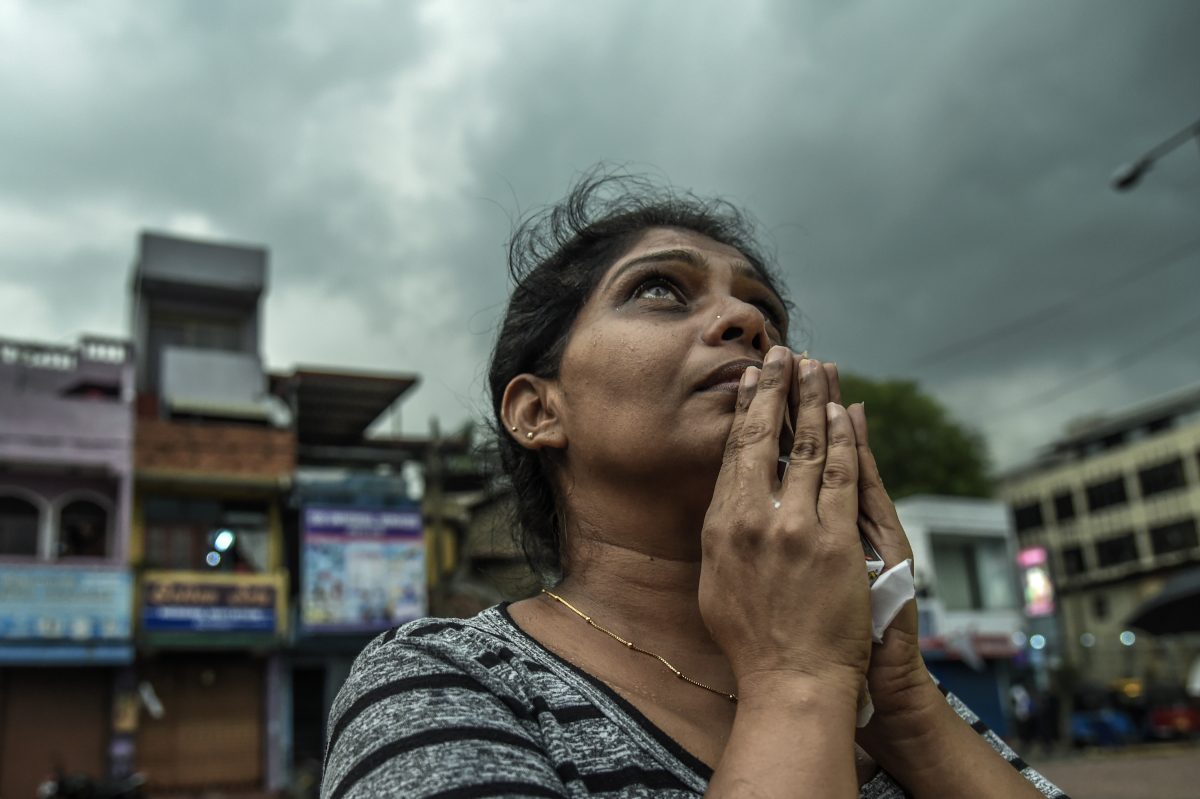 Two hundred and fifty-three people won’t be hugging their families this week.

They won’t watch the sun peek over the horizon as it rises and they won’t experience the wondrous sensation of time slowing as it sets. They will never eat at another family reunion, share another brunch with friends, and will never again enjoy any of the simple pleasures that define the human experience.

The lives of those 253 people were snuffed out this Easter by suspected Islamic extremists who strapped explosives onto themselves and blew themselves up in multiple churches and hotels across Sri Lanka.

While shocking, these horrific attacks are now part and parcel of living in a world where some extremists are given a free pass—casually overlooked as justice is sacrificed on the altar of political correctness.

Real justice necessitates that we call out evil when we see it, and not only when it’s an evil inflicted by white supremacists. Fair treatment would mean that we condemn the savage murder of innocent human beings in all terrorist attacks and apply our outrage and sympathy consistently, regardless of who the perpetrators and the victims are.

We saw just the opposite with the Sri Lanka attacks, which targeted Christians on one of the holiest days of the year for anyone of Christian faith. Despite knowing it was suspected Islamic militants who carried out the attacks, some progressive politicians wouldn’t condemn Islamic extremists who targeted Christians. In contrast to immediately denouncing the actions of white nationalists, they wouldn’t call this evil by its name.

Some politicians couldn’t even bear to use the term “Christians” to describe the victims, relying instead on the term “Easter worshippers” to deflect from the reality that their carefully crafted narrative—that white supremacists and Christians pose the greatest threat of violence to the world—had taken yet another severe blow.

The next refutation of that narrative came when the world received more confirmation that Islamic extremists (specifically, ISIS) claimed responsibility for the attacks.

Reuters reported that the terrorist group announced “through the group’s AMAQ news agency” that they were behind the attacks, though it has not yet been verified. The Sri Lanka bombings also come on the heels of pronouncements by the Trump administration that ISIS—at least in Syria—had been defeated. And while a regional obliteration of these callous monsters was a much-welcomed development in world affairs, assertions that ISIS (or Islamic extremism) was defeated with prejudice are clearly misplaced.

That ISIS potentially helped carry out such a high-profile, precise, well-coordinated attack shows that the terror group remains a persistent threat to the world. That it chose to target Christians is a stark reminder of the realities of religious victimization.

Recently, more attention has been given to the fact that Christians are one of the most persecuted groups on the planet, being routinely slaughtered, harassed, and assaulted for having committed what some consider the unforgivable sin of following Jesus.

We are witnessing distressing levels of violence against Christians. It’s been reported that, in just a single year, as many as 90,000 Christians were killed around the globe, with additional estimates showing hundreds of millions are prevented from actively being able to express their faith.

The Washington Post suggests that the Sri Lanka attacks “tap into global anxiety about Christian-Muslim violence,” as well they should. Because the carnage is real. And most unsettling is that the threat of Islamic extremism is not only a persistent threat, but it’s also an interminable threat.