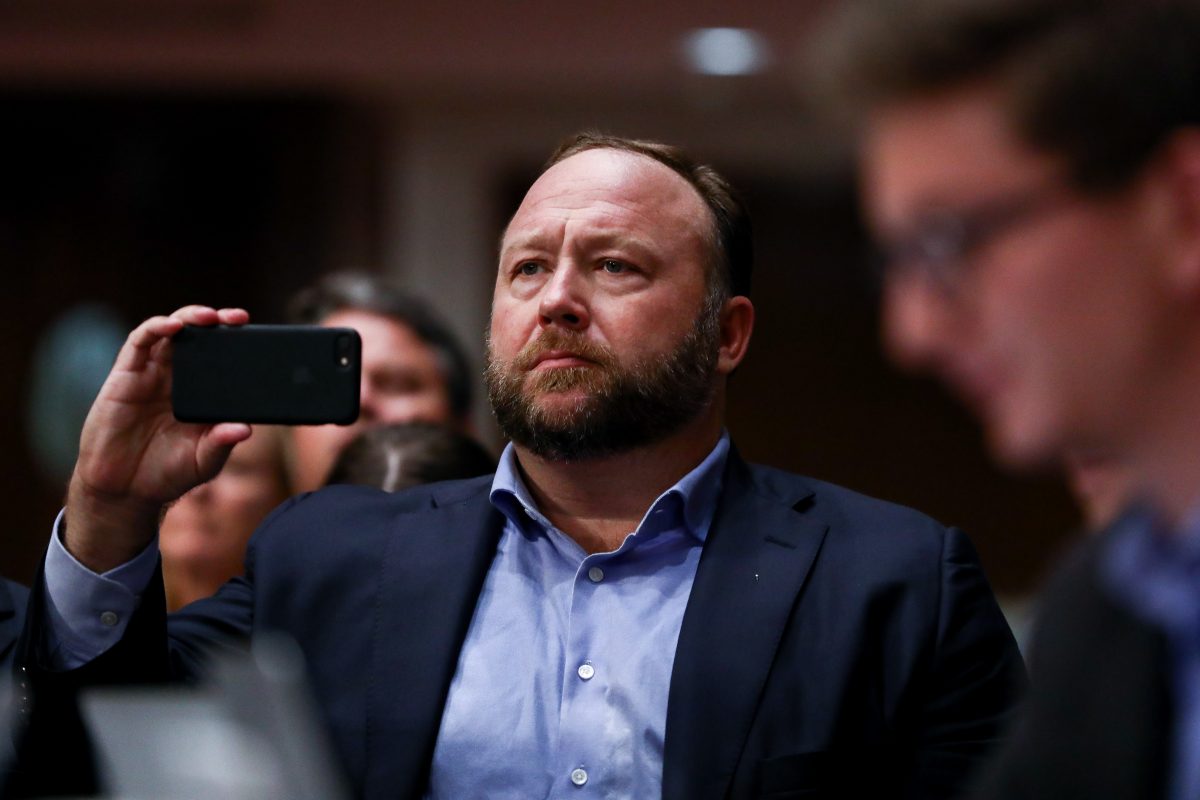 On May 2, Facebook and its subsidiary Instagram announced that it was permanently banning the accounts of several people, which it termed “dangerous individuals.” Those people included Paul Joseph Watson, Alex Jones, Paul Nehlen, Laura Loomer, Milo Yiannopoulos, and extreme leftist radical Louis Farrakhan.

This purge is simply the latest in a long string of account deletions by unaccountable, unelected big tech companies that police the internet, giving themselves the ability to act as social media’s judge, jury, and executioner—all while ignoring the First Amendment rights of the users of their platforms.

What’s consistent is that the majority of deleted accounts belong to political conservatives. The inclusion of Farrakhan in this batch of account purges seems like a hollow attempt to show Facebook’s actions as politically unbiased.

In a previous column, I highlighted the dark, dystopian future that is emerging, as tech giants are able to blacklist or memory-hole anyone they don’t like, without any accountability or oversight. The latest actions by Facebook show that such actions will continue unabated, unless action is taken against tech companies.

“Our free speech rights are not less important than our civil rights,” Dinesh D’Souza wrote in a tweet on May 5, echoing statements he made on Fox News. “Digital companies should not be allowed to discriminate based on political ideology.”

But tech companies such as Facebook claim they have the right to ban anyone who engages in what they alone deem offensive speech—they consider it a violation of their terms of service. They often defend their draconian policies by citing “hate speech” as a reason to deplatform their users.

And while this policy is what Silicon Valley companies hide behind to ban ideological opponents, there are at least two U.S. Supreme Court judges who disagree and have given opinions in rulings, which could complicate matters in a potential legal challenge.

In 2017, Supreme Court Justice Samuel Alito clarified his legal understanding of the issue of “hate speech,” writing: “Speech that demeans on the basis of race, ethnicity, gender, religion, age, disability, or any other similar ground is hateful; but the proudest boast of our free speech jurisprudence is that we protect the freedom to express ‘the thought that we hate.’”

Alito, who understands more about U.S. law and the Constitution than nearly anyone in the country, stated clearly that what some call “hate speech” is actually constitutionally protected speech. His comments are a clear rebuke of anyone—even social media and digital companies—who trample on the First Amendment rights of Americans.

Preventing others from exercising their right to free speech—even speech that you despise—makes you the enemy of freedom, not its defender.

Supreme Court Justice Anthony Kennedy wrote in an opinion that he believes the internet to be “the modern public square” and that denying access to it is a violation of the First Amendment. This complicates arguments for those (even some conservatives) who say that private technology companies reserve the right to ban people with whom they disagree and police speech as they see fit.

“In the East, we see the rise of those capable of controlling everyone’s behavior, and in the West, we’ve seen the rise of an uncontrolled, spontaneous empire,” said Donald Tusk, president of the EU. “Our children are dependent on the internet and every day will become more dependent on it.”

Years ago, no one could have predicted the internet would become what it is today. And the internet is now an indispensable part of modern life.

Social media is a critical component to modern communication and the dissemination of ideas, political or otherwise. Like the old town square, digital platforms are now where people gather to speak to each other.

Our right to free speech doesn’t end just because the technology used to communicate has evolved.