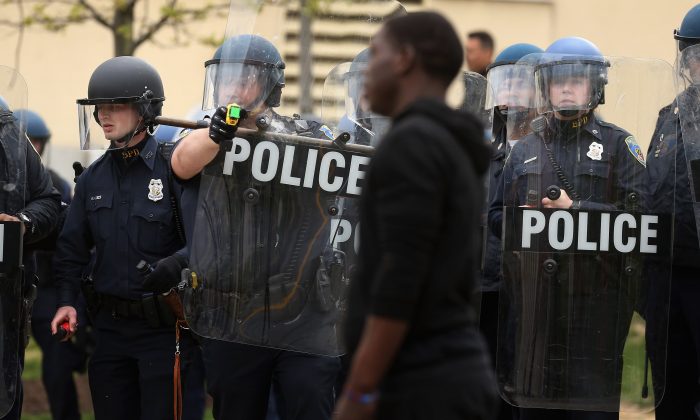 On May 13, a police officer in Baytown, Texas, shot a woman to death. It was reported that a police officer, who was patrolling the apartment complex where the shooting took place, recognized Pamela Turner, 44, who had outstanding warrants.

Video footage recorded at the scene shows Turner resisting arrest. When the video begins, the officer had already confronted her, when she says, “I’m walking. I’m actually walking to my house.” She then pushes the officer and backs away, and he follows to make another arrest attempt. She becomes physically violent and engages in a physical altercation. The officer then pulls out his Taser and—based on audio—appears to use it to try to subdue her.

Then, the video footage appears to show Turner grabbing the Taser out of the officer’s hand to use it against him. At that point, the officer backs away and uses his firearm to shoot the woman. She was pronounced dead at the scene.

Almost immediately—before the facts and details were in—there were not only protests about the shooting, but allegations that the officer-involved shooting was racially motivated.

Tariq Nasheed, a film producer and media personality, wrote on Twitter, “A race soldier in Baytown Tx carried out a blatant racial execution againast [sic] an unarmed Black woman last night. The police department is protecting the race soldier by not releasing his name. Is marching and praying going to stop this racial extermination campaign against Blacks?”

The response was predictable. Many around the nation were apoplectic about a shooting that, in consideration of all of the facts, appears to be a justifiable homicide, not an execution.

Tatum said that officers are trained to use a progressive level of force, based on the amount of resistance from a suspect.

“If you look at the video, you see him verbally confronting the woman, which is the first use of force—officer presence. And then, you see her actively resisting. And when she resisted arrest, he then tried to go hands-on, which is a soft-hands approach,” Tatum said. “And then, he goes up the ladder after she’s resisting, and she actively is fighting him, and he attempts to Tase her, which is another level of force.”

Video footage appears to show that the Taser wasn’t effective on her, as Turner was still fighting the officer. She then managed to wrestle the officer’s Taser away from him and use it against him.

“The training that we get is that if a person obtains possession of your Taser, deadly force is authorized,” Tatum said. “The Taser rolls for, I think about five seconds. But, a person can hold the trigger down on a Taser and it can continue to shock you. So, a person can Tase an officer, get them on the ground, and hold the Taser on them until they die. So, a Taser can be used as a deadly weapon against a police officer. So we are trained to utilize deadly force against that person until they are eliminated as a threat.”

American communities need to have several conversations on the topic of police use-of-force incidents.

First, many believe that whenever there is a police shooting involving a black suspect, it’s axiomatic that the motive for the shooting involves race, which is a fundamentally flawed starting point. Calling an officer, who simply followed protocol, a “race soldier” is sufficient evidence of this point.

Turner had outstanding warrants and the police officer whom she encountered was attempting to make a lawful detention. There were any number of things she could have done differently to avoid the outcome. In this case—as in many others—the suspect was shot because of her own actions, not because of implicit racial bias.

Second, many within the general public (particularly in black communities) seem to be unaware of what constitutes a legal use-of-force incident. We need to begin to find ways to educate our communities, so people can avoid escalating situations when they encounter law enforcement officers.

“There has to be a narrative push by people who are considered to be leaders in the black community. Because the majority of white people look at that and say, ‘That makes sense, she’s resisting arrest, and then, she grabs his Taser and gets shot, it makes perfect sense,’” Tatum said.

“But since black people have been conditioned to be racist against police officers, then nothing that he does makes sense. I don’t care if Jesus Christ will come down from heaven and tell you that that was a justified shooting, people in the black community will still resist.”

When considering the rules governing use-of-force for police officers, many (if not most) police shootings are justified. Characterizing every single incident as racially motivated and using incendiary terms like “execution” and “racial extermination” to describe a lawful shoot is beyond irresponsible. It’s precisely this kind of rhetoric that causes division and leads to attitudes about police that breed mistrust and ultimately lead to more violent encounters.

That a police officer followed protocol in no way makes that law enforcement officer a racist. The rules of engagement are clear, but the problem is that many people don’t understand the circumstances whereby their own actions can get them killed.

Activists who build their brands on unfairly exploiting tragedy in the black community would better serve the community by educating people on the circumstances under which police are allowed to exercise the use of deadly force and how to avoid those situations.

0 comments on “Rules of Engagement: When Police Shootings Are Justified”