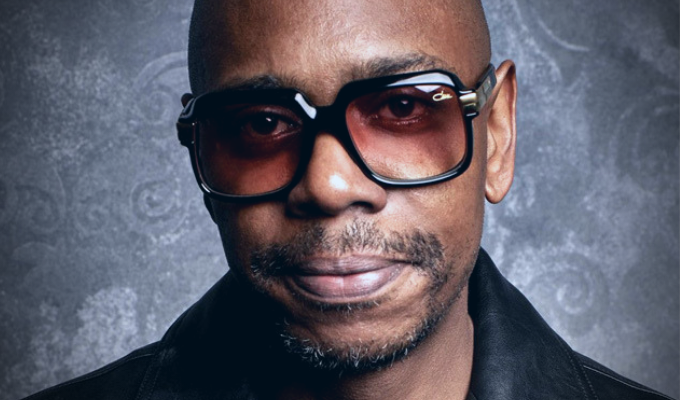 Dave Chappelle’s latest Netflix special may have just taken the profession of comedy off life support.

Always the equal opportunity offender, Chappelle comes out swinging in a wildly funny assault against pretty much all things considered politically correct. No topic or group was off-limits as he returned raw comedy to its original luster in his brilliant latest work.

Over the past few years, comedians have lamented America’s culture of hypersensitivity; many won’t even play college campuses anymore because of students and administrators who are literally offended by everything.

Chappelle came in like a wrecking ball and reminded anyone watching his special that, “Hey, you clicked on my face” and chose to watch.

This performance was an act of defiance to outrage culture, also known as cancel culture, where whiny speech police, who have nothing better to do, launch boycotts and attempt to have people’s lives ruined over comments and actions they personally find offensive.

While many comedians over recent years have abided by outrage culture’s comedic cease-and-desist order, Chappelle channeled the spirits of George Carlin and Richard Pryor, pulling no punches and taking direct shots at our current society, some of our favorite celebrities, and some of our most visible political and cultural issues.

In other words, he did his job as a comedian.

Chappelle’s performance should remind us all of a lesson often learned through sports and working out: You don’t grow and become stronger without being challenged and meeting some resistance. Though comedy doesn’t challenge us physically, the best comedy does so intellectually, forcing us to see life in different ways and challenging long-held assumptions about the world and our place in it.

As we’ve seen at universities throughout the country and through censorship in media and online, the opposite has become the norm. Rather than exposing us to new ideas, gatekeepers and their social justice minions have shut down opposing views.

In 2015, veteran comedian Jerry Seinfeld (who is about as vanilla as comedy gets) said that he would no longer play college campuses because they’re too politically correct.

“I hear that all the time,” he told ESPN’s Colin Cowherd. “I don’t play colleges, but I hear a lot of people tell me, ‘Don’t go near colleges. They’re so PC.’”

Chris Rock and Larry the Cable Guy are also comedic heavyweights who have recently steered clear of campuses for the same reason.

In 2018, Vice ran a piece on college censorship of comedians, citing several representatives from U.S. universities.

“The kids that I’m programming for are not cis-het dudes. And we intentionally program towards that,” Kat Michael, the program booker for Simmons College, said, before admitting that jokes about transgenderism or sexual assault could get a comedian shut down without pay.

Jason Meier, program booker for Emerson College, said, “What a comedian does on our campus is not the same as what they would do at the open mic bar a few hours later,” before saying that comedians are restricted to protect students who may have a negative reaction to jokes deemed offensive.

Social justice warriors have become modern society’s cultural slave masters. Outrage culture has viciously bound and shackled comedians, and Chappelle just might be comedy’s Harriet Tubman, leading today’s comedians to freedom. His latest Netflix special should embolden other comics to follow his lead in rejecting censorship and get back to doing what we pay them to do: Tell jokes, unapologetically.

I’ve been a Chappelle fan since the days of his casting in the movie “Half Baked” and his appearance on “Def Comedy Jam.”

And seeing that not just then, but even now in 2019, he refuses to bend the knee to the outrage mob makes me glad to be a lifelong supporter of his groundbreaking work. I hope others do as well.

Because, Chappelle is one of the funniest men alive, and he may have just saved comedy.

(This article was published at The Epoch Times: https://www.theepochtimes.com/dave-chappelle-is-comedys-harriet-tubman_3060131.html)