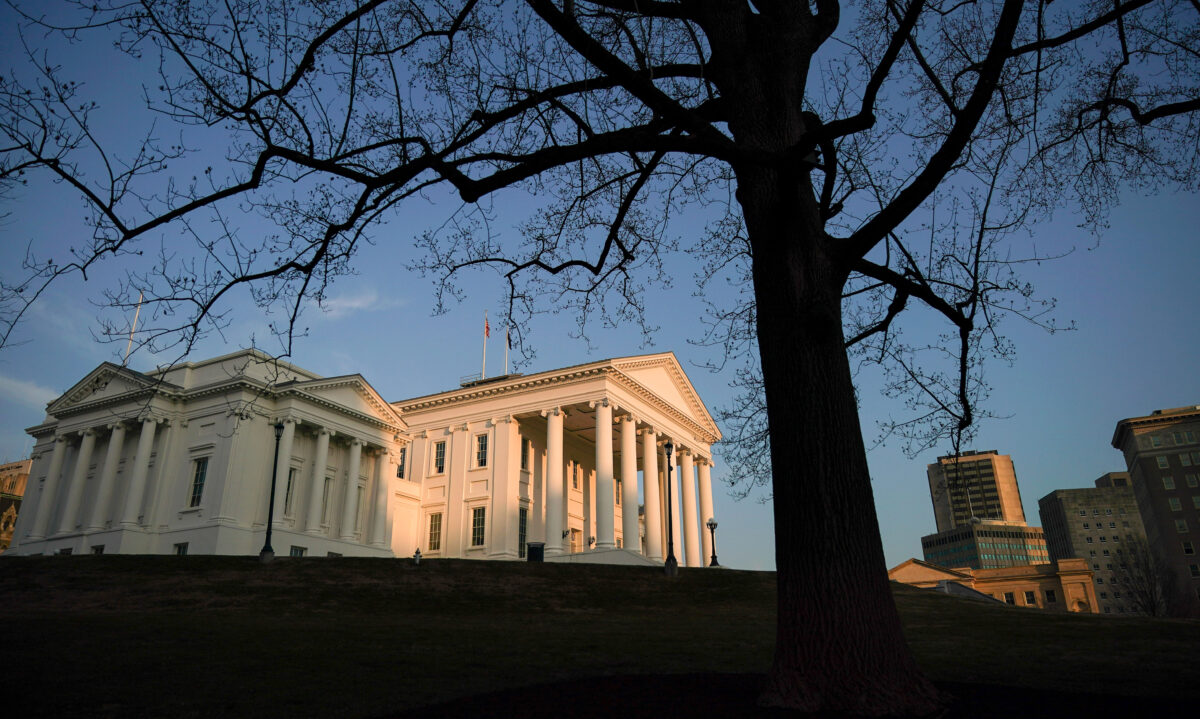 Pursuant to its move to ban firearms, the Virginia state legislature continues lurching further left with a bill aimed at ending the Electoral College.

This proposed legislation is part of a package of laws that are being pushed to radically alter the state. The New York Times listed banning assault rifles, removing Confederate statues, and giving driver’s licenses to illegal aliens as among the top priorities for the new government, also noting their goal of doing it within a 60-day window.

The passage of Senate Bill 399 would enter Virginia into the National Popular Vote Interstate Compact, joining 16 other states—along with the District of Columbia—that would circumvent the electoral college by awarding all of their electoral votes to the “presidential ticket that receives the most popular votes” nationally.

Currently, when citizens cast their vote for president, they’re not directly electing the candidate, they’re actually choosing members of the electoral college—which has 538 electors—who select the president.

“The candidate’s name on the ballot is just a stand-in for a group of electors who, in most cases, will vote for that candidate,” wrote Mitch Eiven for Randtt Media. “Most states use a winner take all system that distributes all electoral votes to the candidate who wins the state’s popular vote.” A candidate needs at least 270 electoral votes to become the president.

Similarly, the Compact would need to have states signed up to it with a combined 270 votes in order for the agreement to go into effect and circumvent the electoral college system.

Those states possess a combined 196 electoral votes. If Virginia enacts this legislation, that will bring the Compact’s combined electoral votes to 209, inching the nation closer to a popular vote system.

One of the more unique and defining features of the United States is that our system of governance was designed specifically against allowing a popular vote to determine the president.

The Electoral College empowers states, not just individuals, and helps to ensure that smaller states are represented as much as states with large population centers. This system forces presidential candidates to reach out to many different types of voters.

“In creating the basic architecture of the American government, the Founders struggled to satisfy each state’s demand for greater representation while attempting to balance popular sovereignty against the risk posed to the minority from majoritarian rule,” wrote Hans von Spakovsky, a senior legal fellow at The Heritage Foundation.

“Smaller states in particular worried that a system that apportioned representatives on the basis of population would underrepresent their interests in the federal structure,” he continued.

“Out of this concern arose a compromise proposed by the Committee of Eleven at the Constitutional Convention, which helped to balance the competing interests of large states with those of smaller states. By allocating electors on the basis of a state’s cumulative representation in the House and Senate, the Electoral College system avoids purely population-based representation but still gives larger states greater electoral weight.”

A switch to a national popular voting system would consolidate enormous power into just a small number of regions and would, according to a 2011 letter to state governors from then House Speaker John Boehner, Senate Republican Leader Mitch McConnell, and Texas Gov. Rick Perry, “put the fate of every presidential election in the hands of the voters in as few as 11 states and thus … give a handful of populous states a controlling majority.”

(This article ran at The Epoch Times: https://www.theepochtimes.com/virginia-joins-push-to-end-electoral-college_3236068.html)