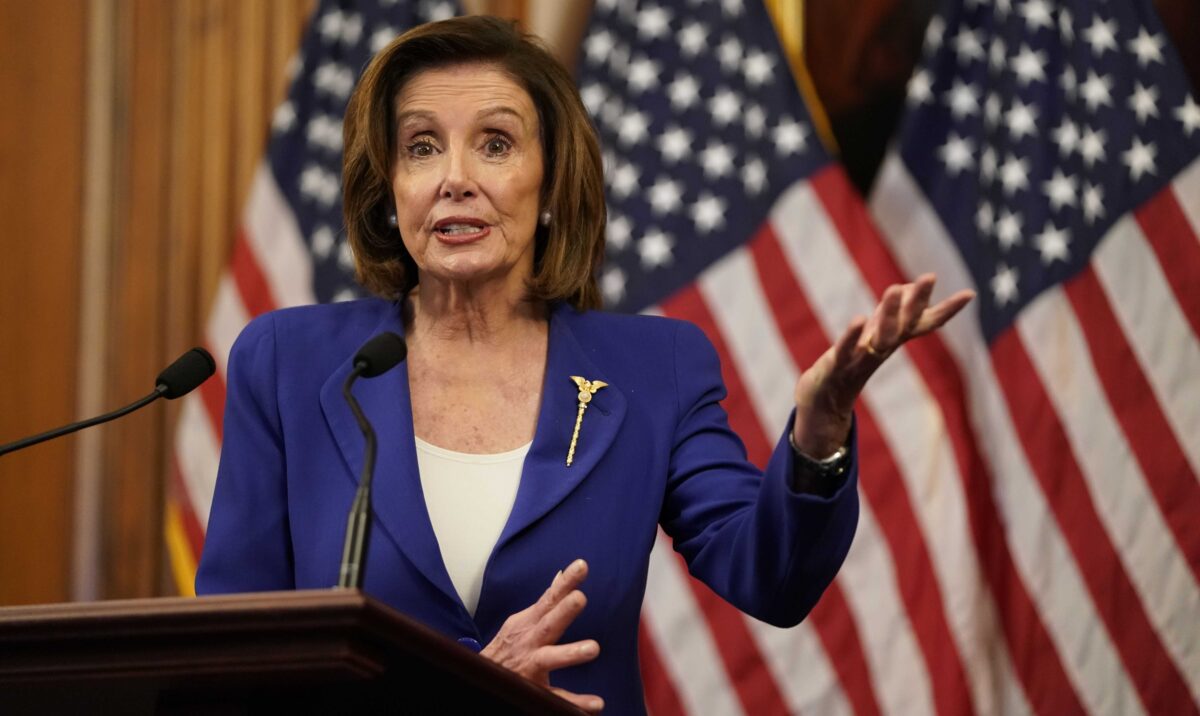 It’s long been said that politicians should never let a serious crisis go to waste and use those opportunities to implement policies that would have otherwise remained shelved.

Public officials have now leveraged this crisis to pursue unconstitutional bans on firearms, attempt to secure federal funding for abortions, and across the country officials are working to allow all-mail voting and electronic voting—measures that introduce a significantly higher potential for fraud in our elections.

House Speaker Nancy Pelosi (D-Calif.) put her party’s stunning disregard for the “sanctity of the vote” on full display when she tried to include the following measures into a proposed House bill dealing with the coronavirus: ballot harvesting, no voter identification requirement for absentee ballots, and no signature from a witness on absentee ballots.

Ballot harvesting is a practice where a voter completes an absentee ballot and a third-party, usually a person affiliated with a campaign or political party, picks that ballot up and delivers it—usually along with many others—to be tallied. This practice is illegal in most of the country, but is lawful in a handful of states. Congressional Democrats want this to be legal nationally.

There are three main concerns with ballot harvesting: 1) those collecting the ballots can intentionally discard them; 2) vote harvesters can open ballot envelopes and alter recorded votes; 3) ballot harvesters can collect unvoted ballots and simply complete them themselves.

Ballot harvesting is a conduit to a form of fraud that is almost impossible to detect. When most people think of election fraud, they imagine illegal behavior being committed by the voter. But, ballot harvesting can be exploited to manipulate election results even with no wrongdoing on the part of the individual voter.

Most harvesters are operatives of a political party, which means they’re not neutral actors in the election process. They, by definition, have a “side,” and they want their side to win.

Allowing biased, political partisans to collect ballots is a system that relies on mere trust and the patently absurd notion that a political representative will be acting in good faith when delivering ballots for their opponents, while they are largely unsupervised with no real accountability over the chain-of-custody of the ballots they’re collecting.

To state this more simply: Ballot harvesting can turn political operatives into the actual vote counters.

The other two provisions touted by congressional Democrats were just as large a threat to a secure election: no voter ID for absentee ballots and no witness signatures.

America currently has millions more names on its voter rolls than it does citizens eligible to vote. This vulnerability can be (and often is) exploited by casting invalid absentee ballots. Not confirming the identity of the person casting a vote makes it much easier to game the system.

Additionally, not requiring a witness signature means removing a check put in place to help authenticate the validity of mail-in ballots. Further eroding voter ID requirements and removing the need for witness certification of absentee ballots invites an even larger amount of fraud.

The election provisions congressional Democrats have recently proposed represent a step in the wrong direction for the United States.

But, capitalizing on this health and economic crisis isn’t only left to politicians inside the Washington D.C. beltway. Elections officials throughout the country are considering switching to all mail-in ballots or electronic voting systems for the 2020 election.

These proposed changes come in response to social distancing guidelines and quarantines that state and local governments have enacted in response to the outbreak of the CCP virus.

On March 18, Arizona Secretary of State Katie Hobbs (D) sent a letter to state lawmakers, urging them to authorize the state to ditch polls and have all votes cast remotely using mail-in ballots.

“Over the course of the past several weeks, elections officials throughout Arizona have worked under extraordinary conditions to put on a fair, free and safe Presidential Preference Election amid a public health emergency,” she wrote. “That said, it would be unreasonable to ask these officials to once again overcome these circumstances, should they still exist or are exacerbated, for the August and November elections.”

Hobbs stated that it could be months before the risk of infection subsides and said that the state needs to prepare now and “allow elections officials to adapt to the circumstances on the ground to best protect voters’ health while also preserving the ability to exercise their right to vote.”

She said, the “County Boards of Supervisors should have the authority to conduct an all-mail election, at least for the 2020 Primary and General Elections.”

There is evidence that an ample amount of election fraud is facilitated by loopholes provided by mail-in and absentee ballots.

The decades worth of information we have demonstrates that mail-in and absentee voting does not protect the integrity of our elections as Speaker Pelosi suggests. More “anomalies” surface during elections as we move further away from identifying and authenticating each individual voter.

Roughly half of the states in the United States currently have a mail-in voting option, and about a quarter of U.S. voters cast their ballots by mail in the 2016 election. Yet, as fears about how long the pandemic might last continue to mount, more states across the nation are considering having vote-by-mail (VBM) as the only option for the 2020 election.

Some jurisdictions now offer the ability for voters to track their ballots online, but this is not a feature available nationally or in counties that have had the most egregious issues with suspected election fraud.

Americans’ concerns about the security of a 100 percent VBM election process are not misplaced when considering the myriad vulnerabilities created by that process.

As listed above, we have examples showing just how easily VBM and absentee ballot policies can be weaponized, often with no consequences for the officials who exploit the system.

Elections are only as good as the confidence we can place in their results.

And as the nation continues to grapple with this latest health crisis, it’s important that we only enact measures that protect the security of our elections as much as they protect access to those elections.

(This article ran at The Epoch Times: https://www.theepochtimes.com/politicians-push-for-weakened-election-security-amid-pandemic_3294411.html)

0 comments on “Politicians Push for Weakened Election Security Amid Pandemic”