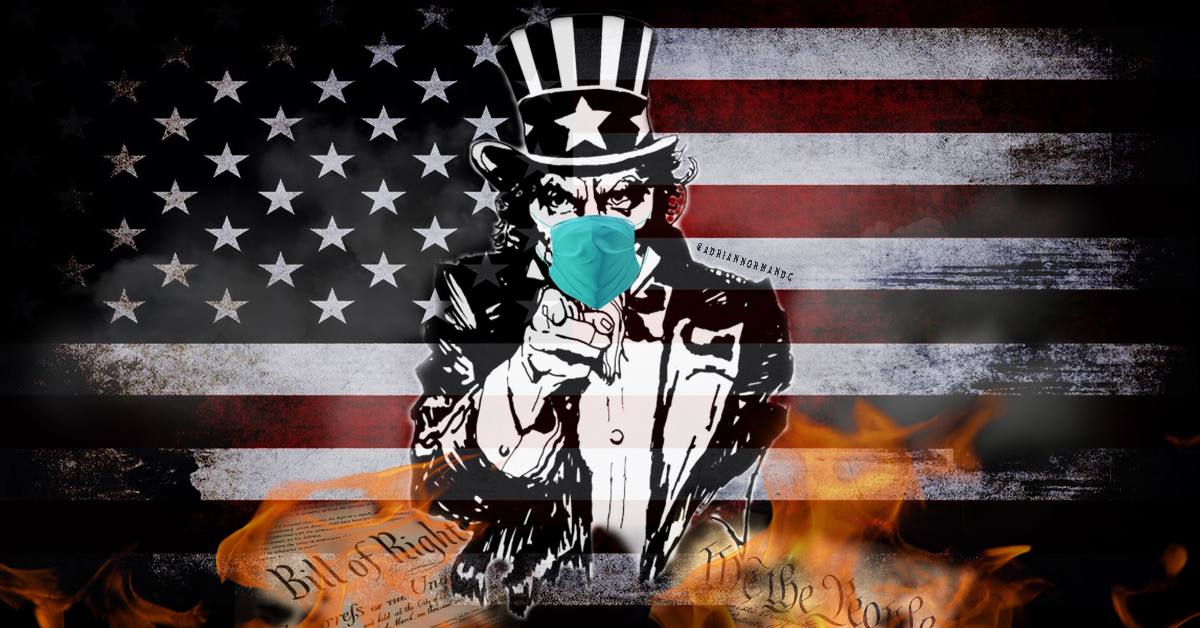 “Give me liberty or give me death!”

This declaration from Patrick Henry to the Second Virginia Convention in 1775 was one of the earliest attestations of the values that were to under-gird the world’s first experiment with true representative governance and the establishment of our constitutional republic.

Though our nation is far removed from the moment in time when we first stood and affirmed our independence from tyranny, the threat of an overbearing, repressive government still persists.

The United States is one of many nations around the globe that has been stunned by the Covid-19 outbreak. And, as we are attempting to mitigate the effects of this health crisis, the response to it by state and local officials has resulted in the enactment of measures that go beyond what is necessary to mount a successful defense against the virus. With each passing day, it is abundantly clear that the draconian policies being effectuated in response to the pandemic justify renewed discussion on the limits of government power.

“Our founders were intimately familiar with pandemics, viruses and plagues, yet they did not allow any to suspend our Constitutional liberties,” constitutional lawyer Robert Barnes wrote in an op-ed. “Not one word in the Constitution about plagues or pandemics to exempt the government from any of our Bill of Rights.”

How egregious are the violations of our civil liberties?

Shortly after the Covid-19 outbreak, officials across the country brazenly tried to strip away Second Amendment rights. In Illinois, a mayor declared an emergency and granted her office “extraordinary powers” including the ability to ban firearms. Similar orders were issued in Louisiana, Mississippi and California.

In Mississippi, worshipers at the King James Bible Baptist Church were fined $500 for attending a service where parishioners stayed in their own vehicles with the windows rolled up, while they listened to the pastor through a special frequency on their car radio. Not only was no crime committed and no one in attendance confirmed to be carrying the virus, there was no public safety risk. Even with reasonable protections in place, the heavy hand of government came down upon people peaceably and safely exercising their First Amendment right.

Examples of potential civil rights violations over the response to the pandemic have become so widespread that U.S. Attorney General William Barr issued a memo instructing U.S. attorneys to “be on the lookout for state and local directives that could be violating the constitutional rights and civil liberties of individual citizens.”

“Many policies that would be unthinkable in regular times have become commonplace in recent weeks, and we do not want to unduly interfere with the important efforts of state and local officials to protect the public. But the Constitution is not suspended in times of crisis,” he wrote. “We must therefore be vigilant to ensure its protections are preserved, at the same time that the public is protected.”

Admittedly, there is a delicate balancing act between an elected official’s fiduciary duty to protect the public and not encroaching on constitutionally protected rights and freedoms. But, the willful disregard for the protection of civil liberties that we have seen spread across the country should not go unchecked.

Wannabe emperors attempting to rule by fiat from within our own borders should be reminded of their rightful place within society’s pecking order: they are public servants.

As of May 1, 38 states have either opened or will reopen soon.

But, as we recover from the damage done in response to this crisis, and as we prepare for the next, we should remember the words of President Abraham Lincoln, who said in his first inaugural address, “This country, with its institutions, belongs to the people who inhabit it. Whenever they shall grow weary of the existing government, they can exercise their constitutional right of amending it, or exercise their revolutionary right to overthrow it.”