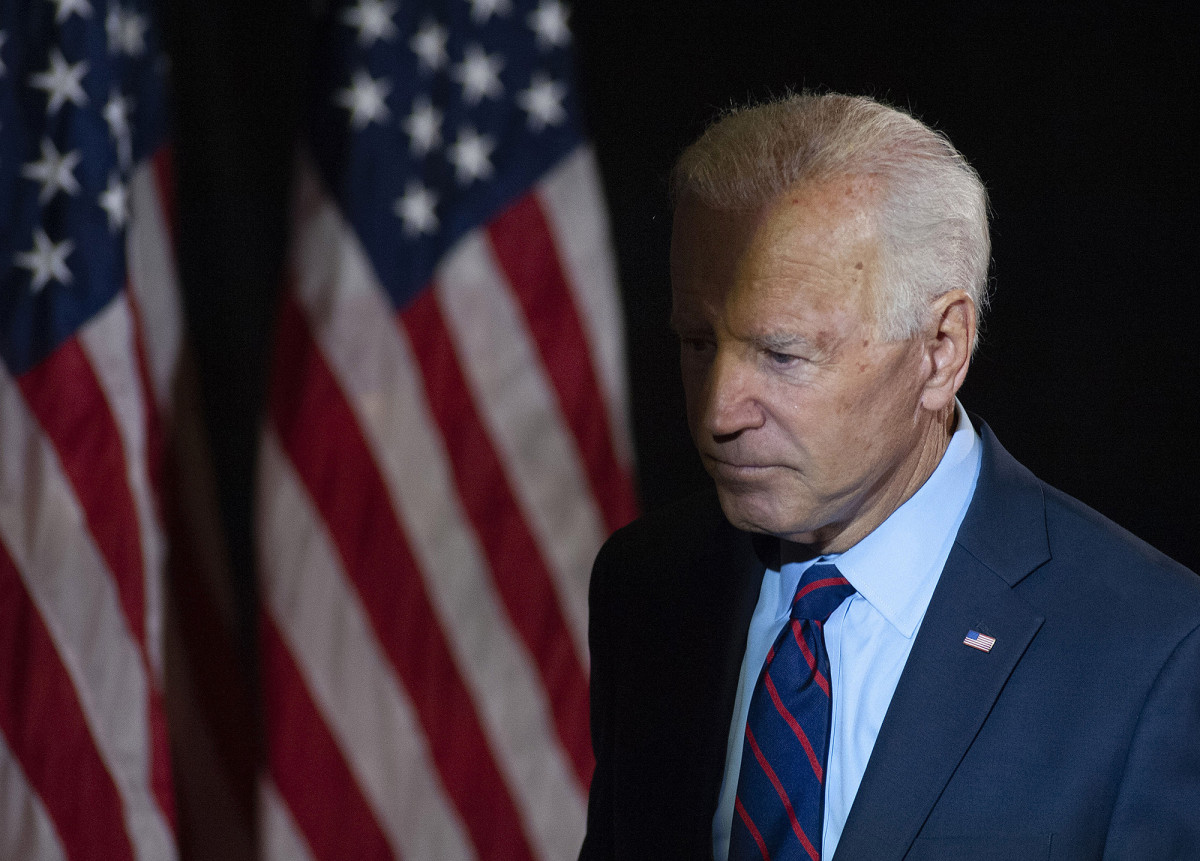 Adding to his seemingly endless stream of gaffes, brain freezes and photos of him appearing to inappropriately touch young girls and women, several new developments concerning his past actions with Ukraine now threaten to imperil his candidacy.

A Ukranian court recently “ordered law enforcement agencies to formally name Biden as the accused perpetrator” of a crime alleged to have been committed by Biden. The ruling stems from allegations that Biden, while serving as vice-president of the United States, threatened to withhold $1 billion in U.S. loan guarantees to force the firing of a Ukranian prosecutor who was investigating the company tied to Biden’s son, Hunter. These actions could be considered a “quid-pro-quo”, which Biden candidly bragged about on video, and re-focuses attention on an issue that Democrats sought to bury, prior to the election.

Further complicating matters, a Ukranian lawmaker recently leaked audio recordings of phone conversations between Biden and former Ukraine President Petro Poroshenko that purport to confirm the above allegation that Biden leveraged his position to have the Ukranian prosecutor fired to shelter his son from an investigation.

“It’s going to be critical for him to work quickly to repair the damage that Shokin did,” Biden said in the call. “And I’m a man of my word. And now that the new prosecutor general is in place, we’re ready to move forward to signing that new $1 billion loan guarantee.” If the call is authentic, it is a smoking gun in a growing assemblage of evidence against him.

Consequently, officials peering into potential wrongdoing by Biden are not limited to Ukraine.

The U.S. Homeland Security and Governmental Affairs Committee, on May 20, moved to subpoena “documents and testimony in the custody of Blue Star Strategies, a lobbying firm that acted on behalf of Burisma and employed Andrii Telizhenko, a Ukrainian national linked to the energy company.

“Burisma employed Hunter Biden as a board member, paying him hundreds of thousands of dollars for a sinecure that he has acknowledged was the result, at least in part, of his father’s famous name.”

Democrats have asserted that fresh calls into the Bidens’ past dealings are tied to his candidacy for president. Let’s not forget that Democrats actually impeached President Donald Trump last year after falsely claiming he engaged in a “quid-pro-quo” stemming from his call to investigate the Bidens’ potential corruption. But, these types of allegations against the former vice-president had persisted in the public square for years.

In 2015, James Risen wrote in The New York Times, “the credibility of the vice president’s anticorruption message may have been undermined by the association of his son, Hunter Biden, with one of Ukraine’s largest natural gas companies, Burisma Holdings.”

In a 2014 piece for the Chicago Tribune, Michelle Malkin laid out an extended pattern of pay-for-play corruption by Hunter Biden, starting from the time Joe Biden won re-election to the U.S. Senate in 1996. She wrote that that year Sen. Biden carried “legislative water” for a donor who gave his campaign $63,000, the same company who’d just hired Hunter, who managed to move up to a senior vice-president role in less than two years. She wrote:

Hunter zoomed up to senior vice president by early 1998 and then scored a plum position in the Clinton administration’s Commerce Department, specializing in “electronic commerce,” before returning to MBNA three years later as a high-priced “consultant.” While he collected those “consulting” (translation: nepotistic access-trading) fees, Hunter became a “founding partner” in the lobbying firm of Oldaker, Biden and Belair in 2002.

William Oldaker was Papa Biden’s former fundraiser, campaign treasurer and general counsel — a Beltway barnacle whose Democratic machine days dated back to Teddy Kennedy’s 1980 presidential bid. Under Oldaker’s tutelage, Hunter lobbied for drug companies, universities and other deep-pocketed clients to the tune of nearly $4 million billed to the company by 2007.

Hunter got himself appointed to multiple corporate board positions, including a directorship with Eudora Global. It’s an investment firm founded by one Jeffrey Cooper, head of one of the biggest asbestos-litigation firms in the country. SimmonsCooper, based in Madison County, Ill., donated hundreds of thousands of dollars to Biden the Elder’s various political campaigns over the past decade — all while the firm poured $6.5 million into lobbying against a key tort-reform bill, which former Sen. Biden worked hard to defeat. Cooper also contributed to the Delaware attorney-general campaign of Hunter’s older brother, Beau, and paid Beau for legal work on lucrative asbestos-litigation cases.

Though over the last year — in their dogged pursuit of upending the Trump presidency — Biden’s defenders have vigorously tried to shield him from scrutiny, there is now more attention than ever on his potential wrongdoings.

And with renewed attention from Ukranian courts and committees within the U.S. Congress, we may soon find out if the idiom “where there’s smoke, there’s fire” applies to the multi-year questionable affairs of Joe Biden.

0 comments on “Ukraine Storm Clouds Are Hovering Over Joe Biden”