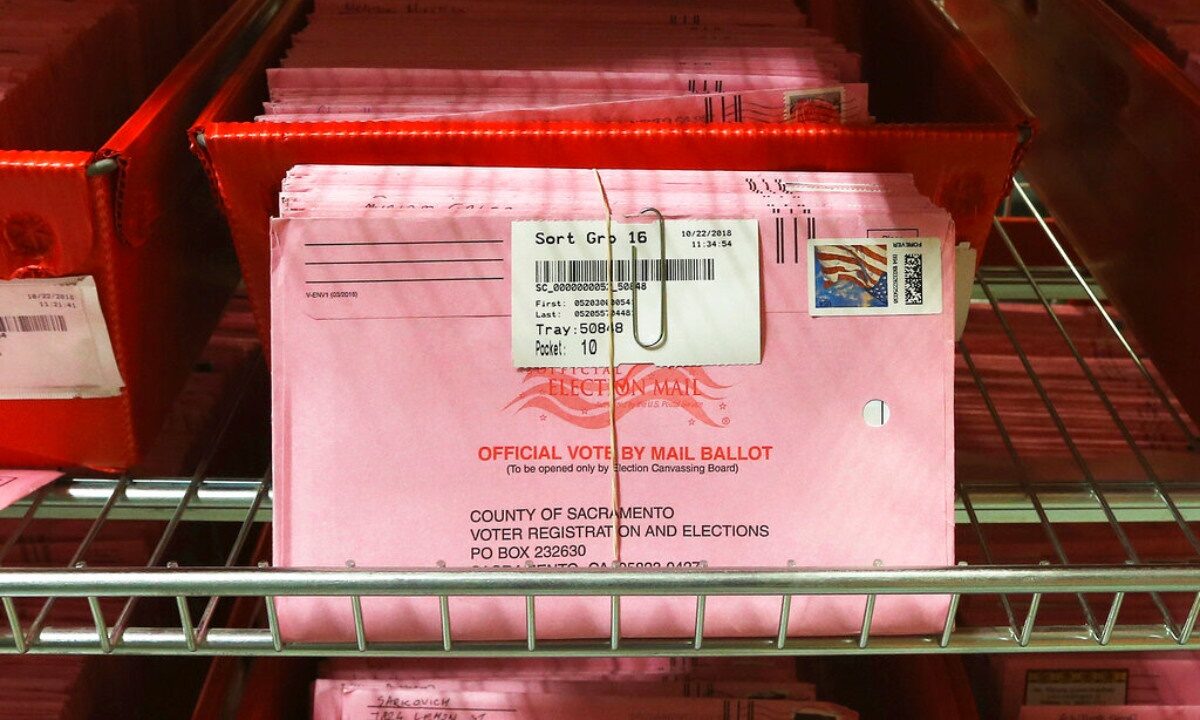 Just 97 days before the 2020 election, U.S. President Donald Trump posted a warning on Twitter, which suggested that, were the country to proceed with widespread mail-in voting, this year we would have “the most inaccurate & fraudulent election in history.”

The president could very well be correct.

While there are multiple conduits to election fraud, many threats (foreign interference, hacking, electronic manipulation of votes or tallies) have already been mitigated over the past 14 months through efforts by the U.S. Department of Homeland Security and other agencies.

Mail-in voting creates a pathway to fraud that cannot necessarily be secured by those agencies and has already shown itself to be an unnecessary risk for election integrity and security. If our past is any indication of our future, this upcoming election will be monstrously ripe for fraud and contested results.

According to data from the U.S. Election Assistance Commission and the Election Administration and Voting Surveys, more than 16 million mail-in ballots went missing in the 2016 and 2018 elections. MIT professor Charles Stewart III published a study (pdf) showing that mail-in voting had a failure rate of roughly 21 percent and that, in the 2008 election, of the estimated 35.5 million voters who requested absentee ballots, only 27.9 million were actually counted; nearly 4 million ballots requested by voters never even reached them and nearly 3 million ballots received by voters never made it back to election officials.

Even in 2020, we have seen the perils associated with mail-in voting. In Brooklyn, New York, a whopping 25 percent of mail-in ballots in the June primary election were declared invalid. In California, more than 100,000 mail-in ballots were rejected during a March primary because of “abnormalities.” Thousands of people were disenfranchised and had their votes discarded because of issues that are exclusive to mail-in voting.

Let’s also recall that U.S. Attorney General William Barr recently suggested that a foreign country “could print up tens of thousands of counterfeit ballots, and be very hard for us to detect which was the right and which was the wrong ballot. So, I think it can upset and undercut the confidence in the integrity of our elections.”

The National Election Defense Coalition recently published an extensive list of mail-in voting problems that could compromise the 2020 election, including: unsecured drop-off boxes, ballots mailed in large bundles to single mailboxes, mailed ballots left on lobby floors, citizens listed as having voted but report never having received a ballot or casting one, a campaign worker confessed to stealing ballots out of mailboxes on behalf of and “at the direction of” the campaign, politicians’ family members charged with vote-by-mail tampering, and unauthorized possession of ballots, and more.

Expanding the mail-in voting system by instituting the broad-scale delivery of ballots to all voters—even those who never requested a ballot and intend to vote in person—could be an unmitigated disaster for election integrity this year.

The only circumstance under which Americans should accept widespread mail-in voting is when the following conditions, at a minimum, have been met: 1) voter rolls in every state are regularly cleaned, so that the only people who are registered to vote are living, legal U.S. citizens without a duplicate registration in another state; 2) we have passed laws that mandate voter identification in all 50 states; 3) ballots can reliably be delivered to and received from the actual voter with a proper chain of custody; and, 4) state election systems can accurately process all mail-in ballots and authenticate every single ballot that is received by mail.

Absent those protections in place, mail-in voting will always pose a significant risk for election manipulation and fraud.

(This article ran at The Epoch Times: https://www.theepochtimes.com/mail-in-voting-poses-a-serious-risk-for-election-security_3457064.html)