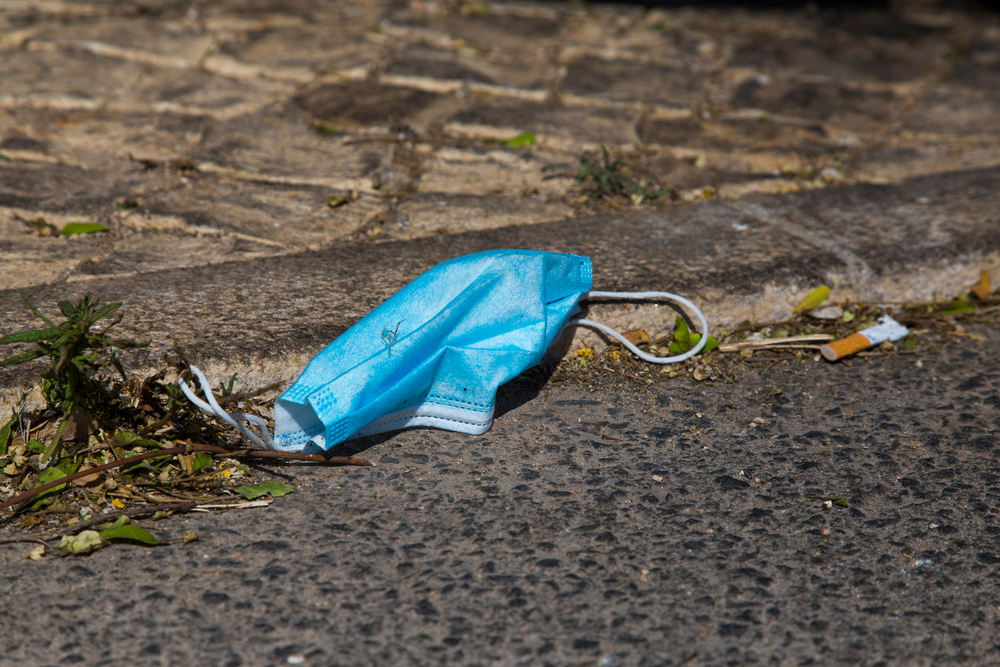 Starting Monday, Sept. 14, New York will begin issuing $50 fines to people who refuse to wear a mask on subways, buses, and railroads. Despite the fact that 90 percent of public transit customers already wear masks, the executive order issued by Gov. Andrew Cuomo aims to force even more compliance.

However, an ample body of scientific research concludes that masks are ineffective in stopping the spread of viruses like the novel coronavirus, also referred to as the CCP virus.

Thus, the question remains: Why are so many mask mandates still in effect throughout the United States?

“What changed, in my opinion, is that governments scared the crap out of people and they needed a way to back peddle without admitting their lockdowns were a mistake,” Yinon Weiss, entrepreneur and founder of Rally Point, an organization dedicated to preventing suicide among veterans, wrote on Twitter on Sept. 9.

Less than a week before New York’s fine went into effect, Weiss posted a lengthy Twitter thread that highlighted research on mask efficacy.

The issue of whether or not to support mask mandates tends to be segmented by political affiliation and is largely supported by people left-of-center: the so-called “party of science.”

So, let’s examine what the science has concluded on this subject.

Oxford University’s Centre for Evidence-Based Medicine (CEBM) reviewed multiple studies and determined that “masks alone have no significant effect in interrupting the spread of ILI [influenza-like illness] or influenza in the general population, nor in healthcare workers.”

“It would appear that despite two decades of pandemic preparedness, there is considerable uncertainty as to the value of wearing masks,” wrote Tom Jefferson and Carl Heneghan, the authors of this article for CEBM.

Still, there’s even more evidence pointing to the ineffectiveness of mask mandates.

BMJ Open is a medical journal that addresses research on clinical medicine, public health, and epidemiology. In 2015, they published a study that cautioned against the use of cloth masks, stating that “moisture retention, reuse of cloth masks and poor filtration may result in increased risk of infection.”

The New England Journal of Medicine (NEJM) published an article May this year characterizing the chances of catching the CCP virus from a passing interaction in a public setting as “minimal,” the authors writing, “The desire for widespread masking is a reflexive reaction to anxiety over the pandemic.” They also concluded that “universal masking alone may, paradoxically, lead to more transmission of Covid-19 if it diverts attention from implementing more fundamental infection-control measures.”

The NEJM article also concluded what many in our panic-fatigued public have already realized, which is that “masks serve symbolic roles” and are “talismans,” which increase a “perceived sense of safety.”

According to a separate study published in 2010 in the journal Epidemiology and Infection, there’s little data to support the use of masks to prevent becoming infected by the influenza virus.

The data is plentiful and transparent: There’s no benefit to masking a population of healthy individuals who show no symptoms of any disease or virus. To the contrary, the factor that seems most likely to prevent virus transmission is simply washing your hands.

Perhaps this is why many of the officials hastening into the realm of everlasting mask mandates have no qualms about themselves forsaking a mask whenever it suits them.

They know their own policies are unnecessary.

(This article was published at The Epoch Times: https://www.theepochtimes.com/the-evidence-against-mask-mandates_3497899.html)

0 comments on “The Evidence Against Mask Mandates”