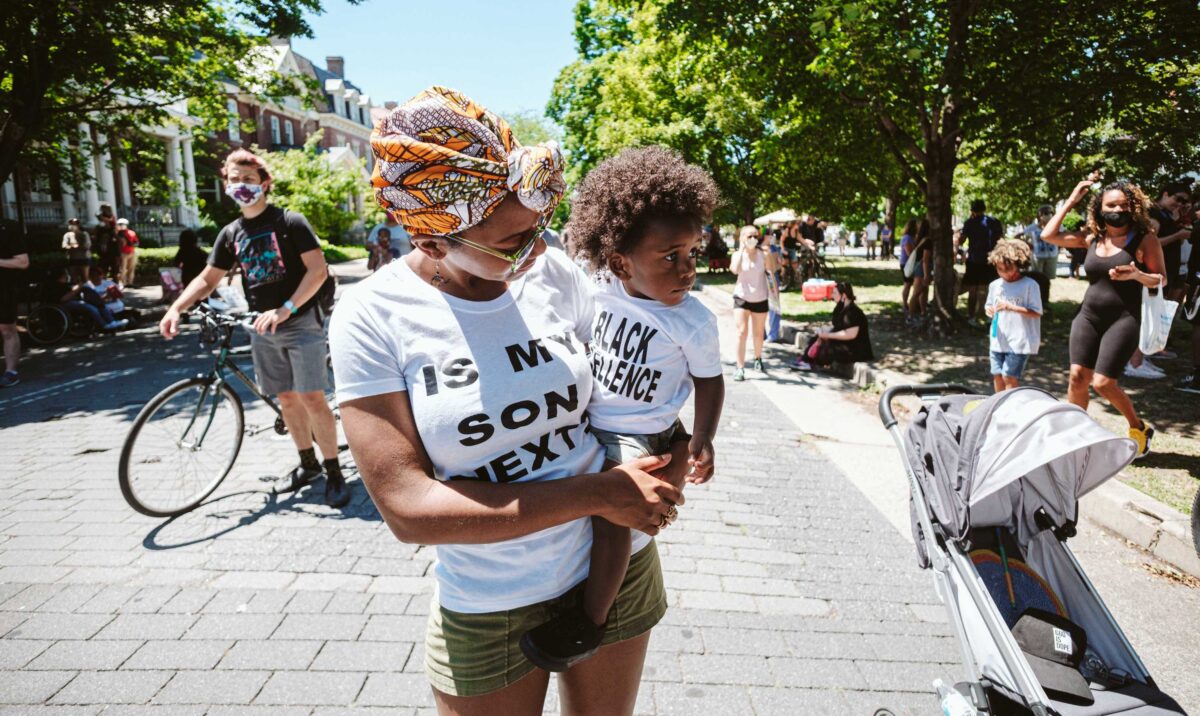 The myth of “black father absence” is one of the most pernicious talking points used within conservative circles. It most recently reared its ugly head when black conservative talk show host Larry Elder dedicated time at a recent Washington, D.C. event to reinforce this well-debunked misbelief.

At the Oct. 10 Blexit “Back the Blue” rally, Elder stated, “The number one problem facing the black community is the lack of fathers in the home.” He continued to misinform his young, attentive audience by repeating a trope often considered disparaging by many within the black community, that “70 percent of black kids are raised without fathers.”

Though Elder is knowledgeable and well-educated, he stumbled into a trap that many in the conservative intelligentsia do, which is conflating a statistic that suggests 70 percent of black children are born to unmarried parents with stats on fatherlessness.

A child being born out of wedlock does not necessarily mean that the child is not a part of a two-parent household. People can—and often do—live together without being married. Furthermore, a father who might live in a separate house isn’t necessarily abdicating his paternal responsibilities, or what one might call being “absent.”

And the data support exactly that.

The U.S. Centers for Disease Control and Prevention (CDC) National Center for Health Statistics published data in 2013 (pdf), which found:

Josh Levs, entrepreneur and journalist, included these stats, along with an interview with a CDC researcher who compiled the data, in his book, “All In: How Our Work-First Culture Fails Dads, Families, and Businesses—And How We Can Fix It Together.”

I recently spoke with him about this information. When I asked why it is that so many people still conflate “unmarried” with “absent,” despite so much other data being available, he said, “Unfortunately, it’s all too rare for people, including journalists, to dig into the source of data they hear about—particularly when the data points they hear confirm biases they already have. I don’t just mean racial or gender bias, but really any pre-existing belief that a data point seems to uphold.”

Levs said that oftentimes a different picture emerges when one digs into methodologies and raw data.

“Many people aren’t even aware of this conflation. They hear statistics on fatherlessness and assume those statistics must be accurate. They don’t know that these figures are a misreading of data points that involve marriage and/or household makeup, not an analysis of how much time children spend with their fathers,” he said. “It doesn’t occur to them that two parents being unmarried does not mean that their children are fatherless.”

He went on to say: “In general, myths about the society we live in hurt everyone. You can’t solve a problem without accurately diagnosing it. Since many people believe the myth that most black fathers are absent, they’re quick to use it as a way to ignore other problems, including racism. It’s much easier to say that absent fathers are the main problem than it is to look at the myriad, systemic forces that need to be addressed in tackling racism.

“It’s also important for men of all races to know that if they are willfully ignoring their children (as opposed to being prevented from seeing their children by forces outside their control), they are the exception—not the rule. They’re not just doing what most dads do. They’re doing something shameful, unacceptable, and not the norm.”

Considering that, as a default setting, most conservatives have a strong infatuation with stats, the intellectually honest position on this subject should be to acknowledge the data, which shows that black men are just as involved, and often more involved, in the lives of their children as other demographics.

Seventy percent of black children are not fatherless. Actually, as Levs said, “fatherlessness in general is vastly overestimated due to misreadings of data—not just among black families.”

When one objectively considers the data surrounding this issue, the denigrating idea of the absent black father is as demonstrably false as it is corrosive to efforts focused on empowering and uplifting melanated people in this country.

Additionally, it’s fallacious to state in one moment that black people aren’t monolithic and then in another to declare oneself the arbiter of what an entire group of people’s top problem is. Black people in America have not and will never anoint any man or woman as our sovereign, and certainly not someone who misrepresents information in a way that’s often construed as demeaning to black men and women.

As we join hands and come together to pursue real, workable solutions for reducing disparities and enacting an agenda that improves outcomes for black Americans, we cannot cling to old stereotypes and misinterpretations of data. We must take better care to ensure that we are not, whether knowingly or unknowingly, proselytizing using deception.

[This piece ran at The Epoch Times: https://www.theepochtimes.com/the-myth-of-black-father-absence_3556192.html%5D

0 comments on “The Myth of Black Father Absence”